Israel seeks withdrawal of troops from Syria in talks with U.S., Russia 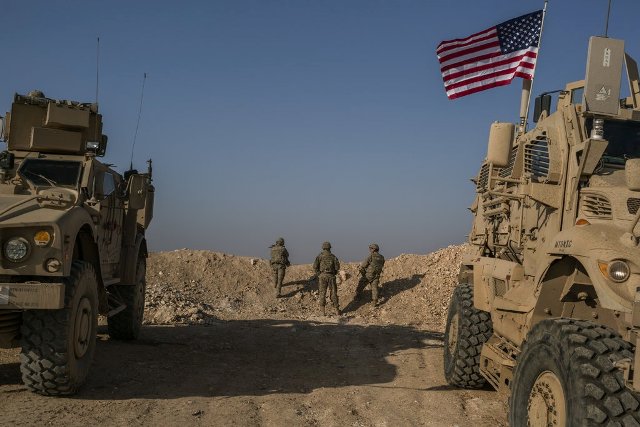 As trilateral U.S.-Russia-Israel talks kicked off in Jerusalem on Tuesday, the Israeli prime minister said the three countries share a common objective of “the departure of all foreign forces from Syria who entered Syria after 2011,” when the civil war broke out.

“All three of us would like to see a peaceful, stable and secure Syria,” Benjamin Netanyahu said at the start of the unprecedented summit.

The departure of those foreign forces is a way to achieve that goal, he said, adding that it “will be good for Russia, good for the U.S., good for Israel, and may I add, good for Syria.”

Netanyahu also mentioned that “Israel has acted hundreds of times to prevent Iran from entrenching itself militarily in Syria, while it actively and openly calls and works for [Israel’s] destruction.”

Israel has acted, he said, “to prevent Iran from delivering increasingly sophisticated weapons to Hezbollah, or to form a second front in the north against [Israel] from the Golan Heights.”

U.S National Security Advisor John Bolton described Iran as a “source of belligerence and aggression” in the Middle East.

While the U.S. and Israel are staunch rivals of Iran, Russia and Iran are strategic allies.

Russia has managed to maintain close relations with both Iran and Israel.

Iran, Patrushev said, is Russia’s partner in the fight against terrorism in Syria.

“It is very important to listen to how every side assesses the situation,” Patrushev said.

The decision in Dec. 2018 by the U.S. to withdraw from Syria had abruptly scrambled the geopolitics of the Middle East, clearing the way for Iran to expand its influence across the region, leaving Israel virtually alone to stop it, and raising the prospect that thousands of Islamic State prisoners could be set free, NAN reports.

Beyond the region, Trump’s announcement ricocheted from Moscow, where it was praised, to Washington, where it was the catalyst for the resignation of defence secretary Jim Mattis.