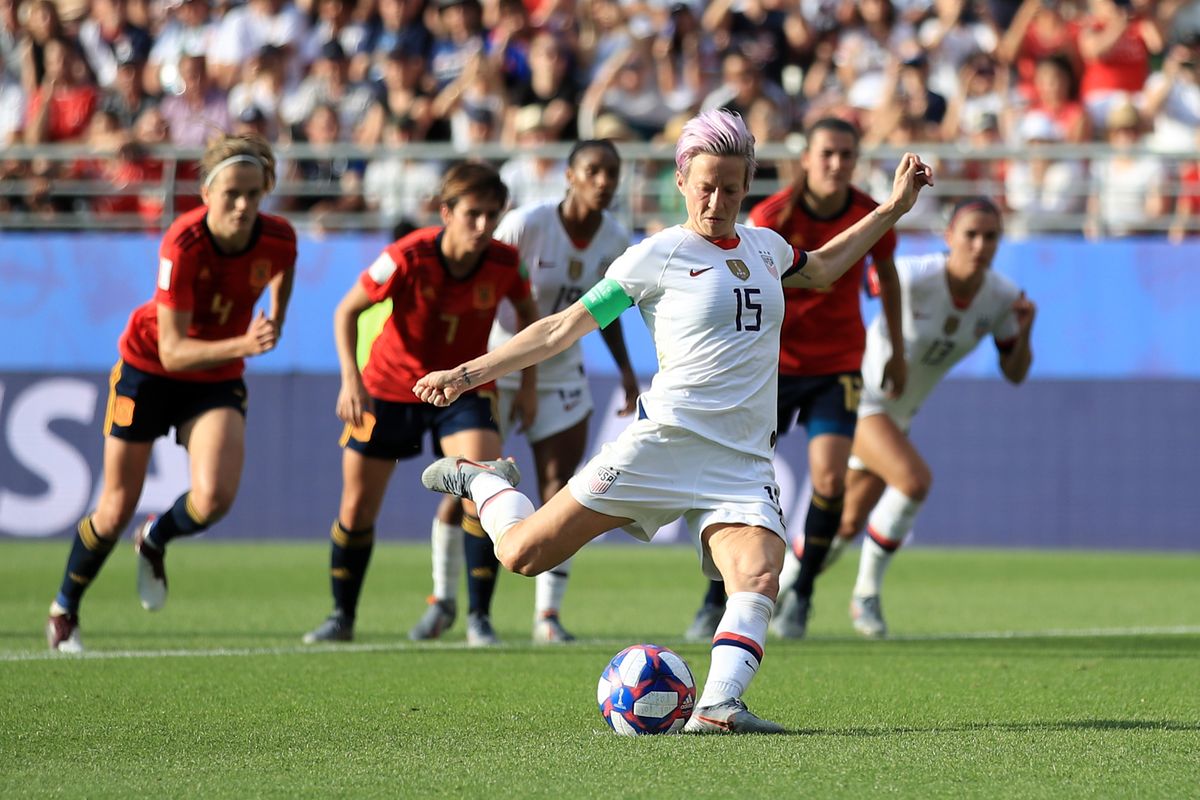 The U.S. needed two Megan Rapinoe penalty kicks, one of them controversially confirmed after a lengthy VAR review, to beat Spain 2-1 on Monday in Reims.

With the win, they set up a quarter-final clash with hosts France at the ongoing FIFA Women’s World Cup.

The winning spot kick was subject to much debate, but Rapinoe converted it with 15 minutes left.

That was after her opening penalty kick had been cancelled out by Jennifer Hermoso early in the first half.

After breezing through the group phase, including a record 13-0 win over Thailand, holders the U.S. lacked inspiration.

They conceded their first goal of the tournament as Spain rose to the occasion in searing heat at the Stade Auguste-Delaune.

France, who the U.S. will meet in Paris on Friday for a place in the semi-finals, scraped through the last 16 with a 2-1 win against Brazil.

This was after extra time on Sunday.

“You can talk tactics but heart, grit and resolve ——- that’s a big part of World Cup soccer. No game is ever easy in this tournament,” said U.S. coach Jill Ellis.

“We know that, we’ve learned that. So part of it is the mental piece and I thought they were great tonight.”

Rapinoe added: “That’s World Cup level grit right there. You can’t replicate it, there’s no way to express it or teach it.

“The game’s only getting harder and more intense from here. Everybody is playing for their lives. That’s the best part about it honestly. I love it. This is the best stage.”

Spain coach Jorge Vilda would not comment on the refereeing, stressing his pride that his team gave the U.S. a tough match.

“I really feel that we all should be proud of what we did. I am very proud indeed. In terms of competitiveness, we gave the best team in the world a run for their money,” he told a news conference.

“It was a great effort on the part of all the players. We’re going to grow from this defeat, and I’m really sure all the players on the team have ensured their future.”

It took the U.S. only seven minutes to break the deadlock as Tobin Heath was brought down in the area, with Rapinoe coolly converting the resulting penalty kick.

U.S. goalkeeper Alyssa Naeher, however, was not at her best and poor positioning allowed Hermoso to equalise two minutes later with a lob into the net.

The champions were still all over Spain though and Rapinoe twice came close as Heath tormented the defence on the right.

Spain defended well, although they lost midfielder Vicky Losada, who was replaced by Nahikari Garcia, because of swelling around her eye following a clash early in the game.

The Spanish centre-backs did a great job at containing Alex Morgan and the U.S. seemed short of ideas upfront.

Their salvation came when Rose Lavelle fell in the box after slight contact with Virginia Torrecilla, prompting referee Katalin Kulcsar to award a penalty kick.

It was confirmed by VAR to Spain’s understandable frustration.

Rapinoe buried the spot kick and the U.S. controlled the rest of the game to secure another famous victory.