A cup of coffee can help fight obesity 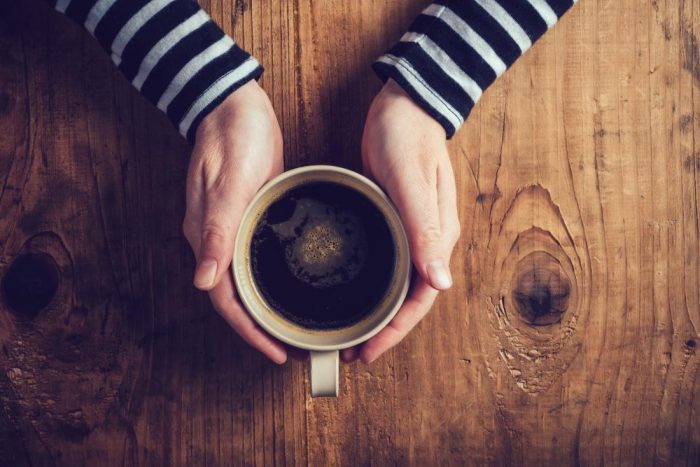 Woman with a cup of coffee: drinking too much of it can trigger migraine, a new study suggests

A simple cup of coffee may hold the key to tackling obesity and diabetes, suggests a new research.

First, the distinction between brown and white fats

Brown fat — which people sometimes refer to as “good” fat — helps the body turn nutrients into energy and generate heat.

Unlike brown fat, another type of fat that scientists call white or yellow fat results from the excessive storage of calories.

Some researchers have suggested that prompting the body to turn white fat into brown fat could be a successful way to fight obesity, and studies have focused on specific pathways that could facilitate this fat burning process.

Brown fat metabolizes food into energy by activating the so-called uncoupling protein 1 (UCP1), which exists in the mitochondria of brown adipose tissue.

Previous studies have linked caffeine consumption with weight loss and higher energy expenditure. However, scientists had not yet studied the link between coffee and UCP1 activation. So a team of researchers from the University of Nottingham, United Kingdom, set out to look into this area.

Professor Michael Symonds, from the School of Medicine at the University of Nottingham, is one of the corresponding and lead authors of the study, which appears in the journal Scientific Reports.

Prof. Symonds and team carried out both in vitro and in vivo experiments to see the effect of caffeine on brown fat heat generation, or thermogenesis.

First, they exposed fat-storing cells, or adipocytes — that they derived from stem cells — to caffeine. They noticed that caffeine exposure raised levels of UCP1 and boosted the cells’ metabolism.

These effects “were associated with browning-like structural changes” in mitochondria and lipid droplets.

Secondly, the researchers sought to validate the findings in humans. Using a thermal imaging technique, they located the brown fat reserves in the body and evaluated their heat-generating abilities.

“From our previous work,” explains Prof. Symonds, “we knew that brown fat is mainly located in the neck region, so we were able to image someone straight after they had a drink to see if the brown fat got hotter.”

The researchers compared the effects of drinking a cup of coffee with those of drinking water, and found that “drinking coffee (but not water) stimulated the temperature of the supraclavicular region,” which corresponds to the area where brown fat accumulates in humans, and which “is indicative of thermogenesis.”

“The results were positive,” Prof. Symonds reports, “and we now need to ascertain [whether] caffeine, as one of the ingredients in the coffee, is acting as the stimulus or if there’s another component helping with the activation of brown fat. We are currently looking at caffeine supplements to test whether the effect is similar.”

“Once we have confirmed which component is responsible for this, it could potentially be used as part of a weight management regime or as part of [a] glucose regulation program to help prevent diabetes.”

“Increasing [brown fat] activity improves blood sugar control as well as improving blood lipid levels, and the extra calories burnt help with weight loss. However, until now, no one has found an acceptable way to stimulate its activity in humans,” says Prof. Symonds.