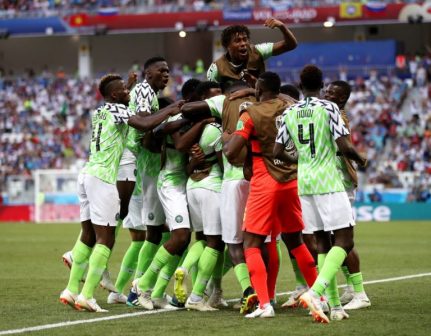 Segun Odegbami, an ex-international, has commended the Super Eagles for their victory over the Guinean team in the ongoing African Cup of Nations in Egypt.

Odegbami gave the commendation in an interview in Ota, Ogun, on Wednesday.

The Super Eagles defeated the Guinean team 1-0 to place Nigeria on top of Group B with six points.

The ex-international congratulated Nigerians and hailed the Super Eagles for being the first team to qualify for the round of 16.

“As the competition progresses, the performance of Super Eagles will also get better and improve,” he said.

Odegbami advised the Super Eagles to remain focused and shun any act that could distract them from winning the competition.

He also implored Nigerians to continue to pray for the Super Eagles so that they could achieve their goal of winning the 32nd African Cup of Nations.