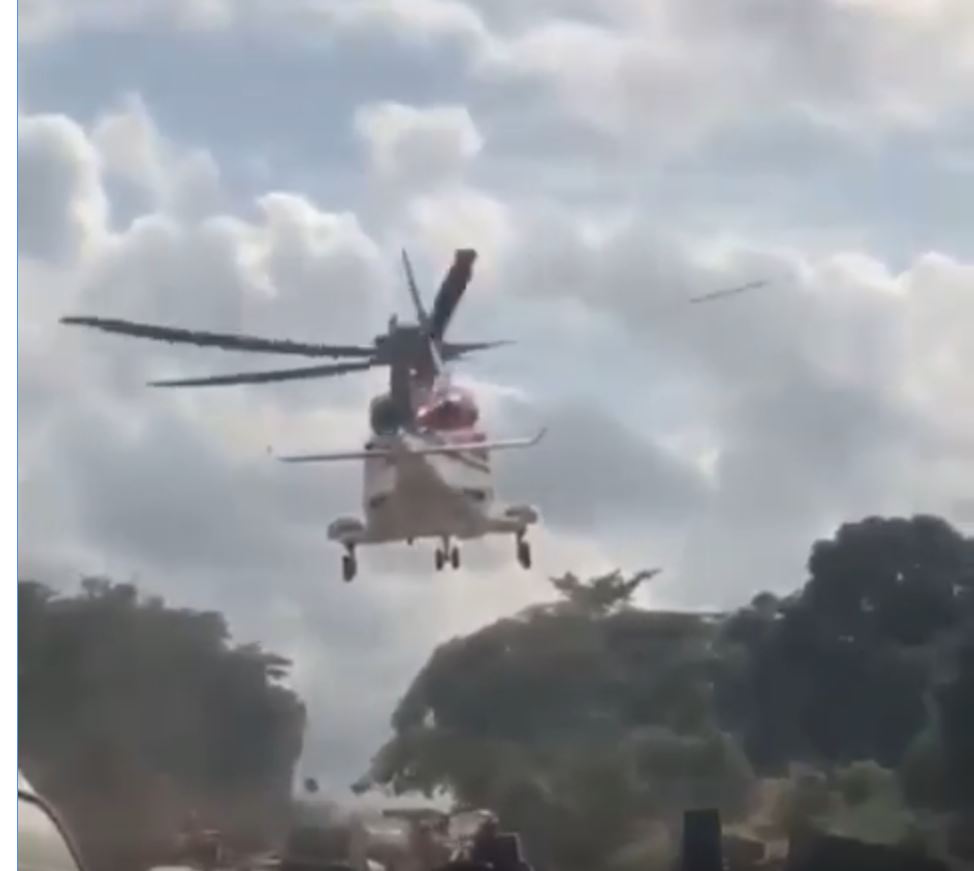 Scene of the incident 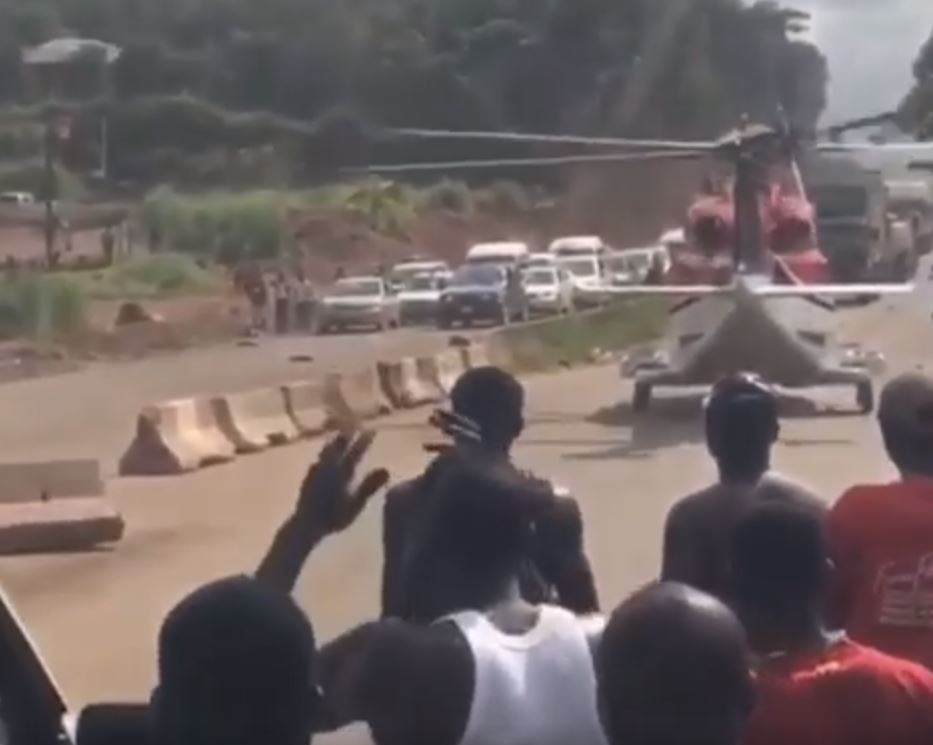 Tropical Arctic Logistics Ltd. (TAL), which operated the chopper that picked an unnamed individual on the Benin-Ore Expressway, says it did not breach any civil aviation regulations.

TAL’s Chief Operating Officer, Mr Femi Adeniji, made the claim while briefing newsmen on Thursday at the company’s headquarters at the Murtala Muhammad International Airport, Ikeja.

A video had gone viral on social media of an alleged high profile individual who got stuck in traffic on the road for hours and called a helicopter to pick him.

Adeniji said that the flight was carried out in collaboration with flying doctors to evacuate the person who needed emergency medical services.

He said that the company got approval from the Nigerian Airspace Management Agency which endorsed the clearance for the flight.

Adeniji said: “We wish to state that our mission for that flight was to save a life.

“We immediately swung into action and rushed to the site in record time to pick the individual who is currently recuperating in a hospital.

“We are a licensed logistics company to carry out medical evacuation operations.

“We were engaged to airlift an individual who suffered a serious health challenge while caught in traffic and needed emergency evacuation on the day in question.

“The Benin-Ore road evacuation was conducted in close collaboration with the Nigeria Army and the Nigeria Police.”

He said that the institutions tried much to clear the gridlock caused by road reconstruction.

“They directed us to clear a portion of the road where the operation was handled free from any incident,” Adeniji added.

According to him, the company has yet to receive any queries or communication from Nigerian Civil Aviation Authority regarding the flight.