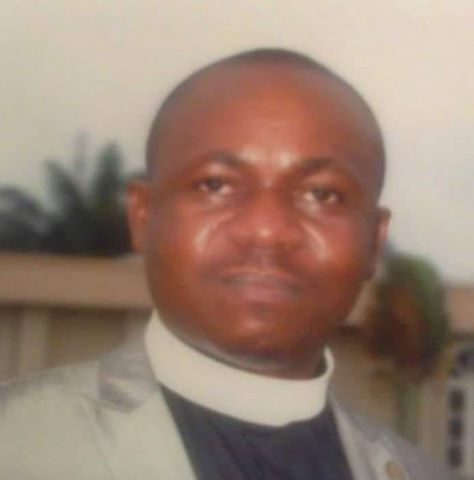 Reverend Canon Bernard Hanson, the Vicar of St Jude’s Anglican Church Odiemerenyi in Ahoada Diocese of the Anglican Communion and also the Clerical Synod Secretary of the diocese has been kidnapped.

He was traveling in the company of Rev.Canon Umegbewe Jerome who managed to escape in the confusion that ensued at the scene of the abduction.

The senior Anglican priest was abducted along Umuapu-Elele-Owerri-Port Harcourt road axis on Wednesday, June 26, 2019, at about 8 pm.

Confirming the kidnap, the Bishop of Ahoada Diocese, Rt. Rev. Clement Nathan Ekpeye described the abduction of the cleric as a sign of the end time

The bishop who was reacting to the incident disclosed that the senior priest was abducted Wednesday evening along the Umuapu area of Owerri-Port Harcourt road.

”The incident happened in the evening when Canon Hanson Bernard and Canon Umegbewe Jerome were journeying back to Port Harcourt after a clerical journey outside Rivers State,” he stated in a statement signed by Comrade Ogboka Chris Umeda, the Diocesan Communicator.

Bishop Ekpeye who was also kidnapped on Tuesday 18 December 2018 in the Ahoada East Local Government Area by some unknown persons but later released said the abduction of the two priests is one too many, adding that the abduction of men of God has grave and spiritual consequences.

He said while efforts are being made to ensure his quick and unconditional release, the prayer and spirituality department of the diocese has been commissioned to begin a prayer session against the ugly trend. The bishop also admonished members of the diocese to join hands in prayers from wherever they are as the church has been challenged.

Bishop Ekpeye commended the Vicar of Ihuaba parish, Rev Canon Umegbewe Jerome, who was in the company of the Synod Secretary, for managing to escape in the midst of the confusion that ensued at the scene and called on the Federal Government to, as a matter of urgency, tackle insecurity in the country.

He assured that nothing shall happen to Canon Hanson as the Lord shall protect him even as communication has been established with the abductors.