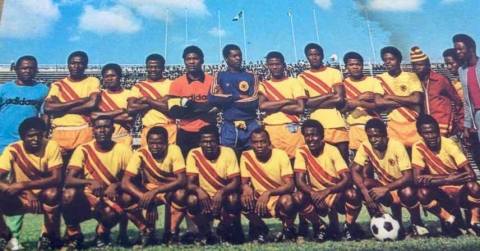 A Federal High Court in Ikoyi, Lagos, Southwest Nigeria, has adjourned for hearing, the case instituted by a Lagos High Court Judge, Adeniyi Adebajo alongside Mr Adewemimo Adebajo against Mr. Adetilewa Adebajo and seven others.

In an affidavit sworn to by a legal practitioner, Mr Mark Nosa Imonitie from the law firm of Gloria chambers, and filed before the court by Olamipo Akinsulire-Jinadu,the deponent, alleged that Adetilewa Adebajo entered into a sponsorship agreement with Winners Bookmakers Nigeria Limited (operators of 1960BET) on behalf of Stationery Stores Football Limited in the sum of N50 million without recourse to the board of the club, the Plaintiffs and other shareholders of the club.

Adegboyega, acknowledged the payment of N50 million made to him through the account of the Corporate Finance Group in a letter to the Managing Director of Winner Bookmakers Nigeria Limited dated 24th February, 2014.

Similarly Adegboyega acknowledged payment of N5 million made to him through the account of Corporate Finance in another matter to the Managing Director of Winners Bookmakers Nigeria Limited.

Adegboyega was also alleged to have acknowledged delivery of Toyota Coaster Bus 2014 model valued at N11 million and N5 million through bank transfer for the purchase of a Toyota Hiace Bus 2014 Model, among others.

Consequently, the applicants were urging the court to restrain Adegboyega, Adetilewa, Adekunle and Corporate Finance Group or any individual or entity whatsoever from managing or interfering with the affairs of the Stationery Stores Football Club Limited.

The Applicants were also urging the court to appoint Maurice Henry, Football Manager/Scout of Block 3,Flat 2A N. S. C. Estate, Tejuoso, Tabs Lagos, to manage the affairs of the company pending the determination of the suit.

The Presiding Judge, Chukwujekwu Aneke has adjourned till 3rd July, 2019 for the defendants to file their defence.