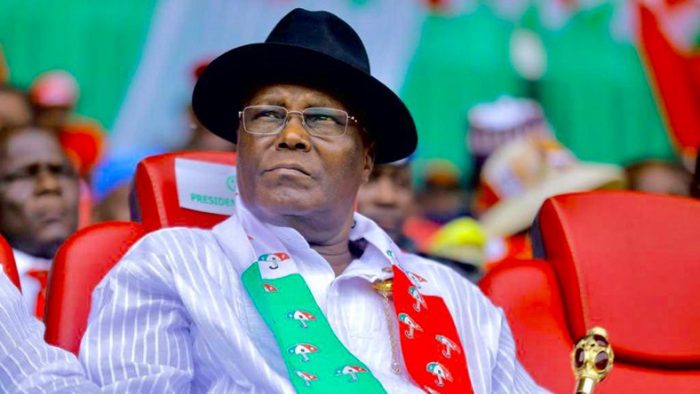 In his tribute at the burial reception in Onitsha, Jonathan, accompanied by his wife, Dame Patience, described the nonagenarian as “a man of great resources and compassion.”

“His unwavering desire to build human capital endeared him to many in his community and beyond.

“His great accomplishments and dedication to work ethics inspired the younger generation, mostly in the academia and business world.
“He was committed to the unity of our beloved country and a tremendous gift to the South-East region,” Jonathan said.
In a condolence message, former vice president Atiku Abubakar described his father-in-law as “patriot whose love for the country was immeasurable,” he said.
Abubakar, who was the Peoples Democratic Party (PDP) presidential candidate in the last election, said the late Iwenjiora was always pained whenever something happened that threatened Nigeria’s unity.
Ihedioha said the late nonagenarian died as a great patriot.

The governor said the late Iwenjiora made remarkable contributions to the unity and development of the country.

“But certainly, his ideas about public policies are still valid and could be helpful in the future,” he said.

Dignitaries from all walks of life, including representatives of Akwa Ibom government and National Assembly members graced the event.

Late wenjiora was a pioneer staff of the defunct African Continental Bank before proceeding to England for further studies.

On his return, he rejoined the bank and rose to a managerial level before joining business at a later life.