Of Seats, Thrones, Banal encounters and the Misdirected Anxieties of an Embattled People 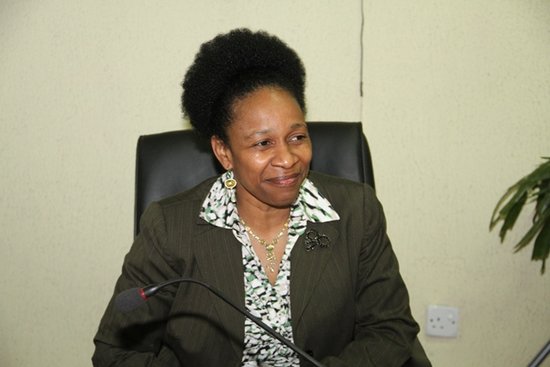 Some of the joys of being a Nigerian comes with the all-too-frequent moments where you have to explain the particularities of our social media discourse to bewildered foreigners. ”Hmm, so let’s see, would you run this by me again? So Professor Wole Soyinka mistakenly sits in the wrong seat in Business Class. Then he promptly and politely exchanges seats with a young man when he is informed of the error. They then travel peacefully side by side, yes?”

“Yes, that’s about it.” “Okay, got it. So, just explain to me again, why exactly is there a social media frenzy about this in Nigeria? I mean, these mix-ups and common courtesies happen millions of times with exhausted travelers in every other part of the world”.

A silent “aaargh!” rises somewhere in me, but I struggle to keep an outward smile. Despite a growing migraine, I try, very hard, to erase the look of absolute bewilderment and dawning mockery on their faces, and battle the barely veiled patronizing racism with all the tools in my arsenal:

“No, it’s not that Nigerians are totally unaware that these issues are common to exhausted travelers.” “No, Nigerians don’t really think it’s a political or ethnic conspiracy.” “Well, from all accounts, the young man appreciated the courteous attitude with which WS took this as a simple everyday “oops” moment. Rectified with ease.”

“Then why are Nigerians debating an event that seems so unremarkable by global standards?” Hmm, sigh. let me think about how to answer this.

Perhaps the pleasure for many was the thrill of bargain shopping. After all, this was an unexceptional event, rescued only from the pits of banality and obscurity when reframed in its first posting by an observer. For a nation that achieved global number #2 status only via its film industry, aka Nollywood, the absence of drama in the real story was simply unacceptable for the Nigerian palate.

“Why should we, cinema sophisticates and passionate social media artistes, endure a season of drama drought when young and old, could join hands together and engage this almost serendipitous encounter between a famed writer and a young man on a plane?” The story might require the occasional injections of adjacent storylines. After all, not even Nollywood could survive without descending into the wearying contours of part 2, part 3 and Part 4?  Haba! Impossible!

After all, our one and only famed “Jenifa” still reigns supreme into season 15, having survived trafficking, London police, failed boyfriends, hungry Cordelia, campus Mafiosi, saloon upgrades and gum chewing assistants; Naija fans followed “Husbands of Lagos” through almost 40 episodes; pursued “The Wedding Party” to its anti-climactic Dubai sequel; and tormented the screenwriters of “Skinny Girl in Transit” with story ideas for Tiwa and Mide through 5 seasons.

Let the British hold their civility; as for Nigerians, ah, we need a daily dose of therapeutic drama to alleviate our pains, soothe our anxieties and retool our fantasies of empowerment. So our Instagram and Twitter aspiring filmmakers arose to meet the national emergency: “Please Save Our National Reputation for Drama!”

But all of this descent into battle, of course, was solely in the imagination of the online Nigerian community. It did not occur in reality. Perhaps this escape into a make-believe sphere is harmless enough as long as the uninvited warriors remember that their vituperative warfare really has little to do with Wole Soyinka and the young man.

Their mundane exchange would be lauded elsewhere as epitomizing sound values as evidenced in the courteous response by WS. There is no indication of insults, vulgarity or threats from the young man either. Thus, the entire anxious discourse of (dis)respect generated by friends and foes seems quite misplaced here. Age was not invoked by WS whose salutary disrespect of power is matched by his deep respect for and struggles on behalf of people, their rights, and voice.

“Respect” for others is really not a dirty word between two people who recognize the rights of the other. So I say, “hail to both WS and the young man”!! May we all grow older with as much grace and maturity. May we live our youth with the strength of conviction of our rights and the capacity and wisdom to wield courtesy as a tool.

To the web-based fantasy writers: perhaps we wage virulent social media battles of this sort as an escape from our embattled spaces in Nigerian society? Anger about our seeming powerlessness against police brutality, an insensate political leadership, kidnappers and marauders, might incite us into a combative mode against imagined wars. A temporary reprieve only. For we cannot escape the real issues that confront us through acts of prestidigitation. We cannot wish them away by creating fictitious scripts on behalf of these two travelers. When we are done with our social media pages, these harsh realities still await us.

Women in Nigeria continue to face a devastating war waged by government agencies who raid clubs, seize women from the roadside and subject them to state-sanctioned physical and sexual abuse #abujaraidonwomen. We have lost thousands of young girls, boys, women, and men to the insane logic of Boko Haram. Parents are in despair because their government might never care enough to take meaningful action for the release of Leah Sharibu #freeleahsharibunow and our still missing Chibok children #ChibokGirls (https://www.soas.ac.uk/blogs/study/the-chibok-girls-and-the-challenge-of-memory/).

Thousands flee in despair across the Sahara to North Africa and thence to Fortress Europe, but then face the varied paralyzing horrors of sex trafficking, death on the seas, and violent racism. Nigerians feel encircled on all fronts. Escape seems increasingly futile.

So we turn to social media for comfort. Yet, even that is no panacea.  Just recently, the U.S. State Department began implementing its requirement that nearly all U.S. visa applicants submit their social media usernames, and previous email addresses as part of the application process. So now, Nigerian applicants will start looking feverishly through their social media global footprints.

Many will delete messages they might have written in ire and will replace them with sweet emojis and messages exclaiming, “I so love Trump and his curly locks.” Others will soon try to douse the ugly words flung out against fellow citizens, words that might be interpreted as an invocation of violence.

Yet the US itself is headed by a man whose hateful speech has truly divided the nation, objectified women, insulted those with disabilities and characterized all immigrants, Nigerians inclusive, as untrustworthy venomous reptiles.

Michelle Obama led a popular refrain a few years ago during the US elections: “when they go low, we go high”. Sadly, not the case everywhere. Quite in contrast, President Buhari had directed security agencies to ruthlessly kill, if need be, anyone interfering with the Nigerian elections and to pursue those using social media to propagate “hate speech”. Can we really doubt that this version of “hate speech”, may partly be designated as any speech that might seek to move President Buhari from his Seat in Aso Rock?  This is clearly a seat that has become a throne:

With media offices like the Daily Trust raided at will, private citizens under threat, and global migration a hazardous enterprise, Nigeria’s freewheeling social media artisans might soon begin to appreciate that Kirikiri prison is a foreboding presence, a looming threat of consignment for anyone. Yet Facebook does not teach us how to cope with the extreme pain, isolation and sense of imminent death that so many of our compatriots of all ages have suffered courageously. As for these social media platforms, let’s remember that governments will continue to seek control of them (remember Julian Assange of Wikileaks?). With that in mind, smart communities will use these mediums to foster the bonds and ethics of solidarity, humanity, compassion and human rights that may soon be the sole key values standing on our behalf. Someday, we are each likely to hope we have worked to effectively create a united front of young and old, women and men, of all ethnicities and races who will stand for justice for all.

So yes, we have sit-tight dictators who must be dislodged and toppled. Africa has been awash with them for a while and Nigeria suffers from past political parasites and wannabee despots. (https://historycollection.co/ten-corrupt-african-dictators-modern-history/)

But despite this troubled realm of tyranny, it would take considerable amnesia to forget that numerous Nigerians have spent a lifetime battling such sit tight despots. Wole Soyinka’s brand of disregard for authority for instance, is directed at anchoring a culture of rights and voice and is fundamental to his ease in working in solidarity with young people.  He has long delighted in hosting Nigerian youth from every state at his home – they engage him every year in mutually respectful conversation, weaponize their youth activist literature and join him in dreaming of change. There is no intergenerational warfare there.

However, impunity has never been the preserve of the old, neither has revolution been the sacred creation of the young. The abuses of abductions, rape, and killings that terrorize the nation hold the fingerprint of the youth as well as their elders. Let us not pretend that our problems are simply that of gerontocracy. No, the violence that paralyzes and terrifies us comes from a multitude of agents. When we are stopped on the road by corrupt police officers or have loved ones vanish in the hideout of kidnappers, we do not look for the birth certificates of the offenders to allay our fears.
The battles we face continue apace in the political, social (and even domestic) spaces where our heads of government, and other institutions have converted their transitory seats into thrones of power that demoralize, disempower and marginalize the millions of people who should hold the collective ownership of those seats.

So when we finally are done with enjoying our fantasies of battles over Airline Seat 4A and 4B, let’s do battle to regain control of the other areas of our lives, our health, security, educational systems, and finances. We will then fully understand how desperately we need a true solidarity between the youth and elders, ethnic groups and genders, if we are to survive. We have no end of heroes of all ages and sexes who have sacrificially fought and prepared us for battle (Hopefully, based on true gender equity). These fighters have provided their shoulders for folks to climb upon and have locked their arms with us so we can stay strong in battle. It is futile to dwell on those who use sex, age, religion or ethnicity to oppress us, if we do not build solidarity to oppose them.

We can of course, dissipate all our social energies in social media warfare, and then as one famed Nigerian politician might put it, we will face “the trappings of an odoriferous-saga”, an existential “gargantuan-gaga” crisis enveloped, crinkum crankum, with “pestilential proportions”.