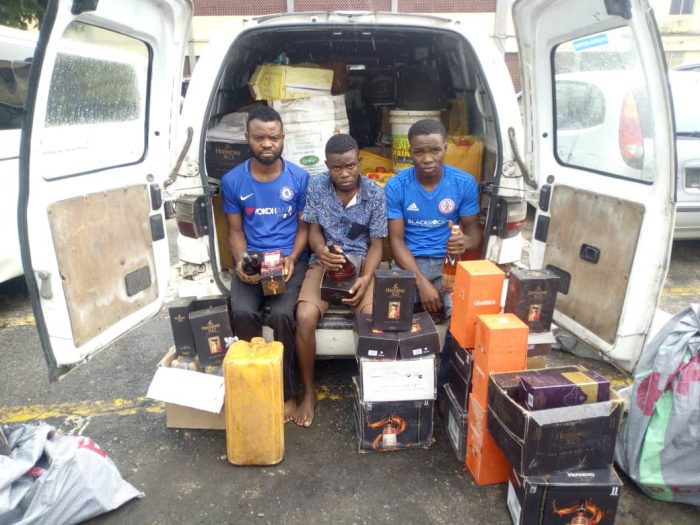 The Lagos State Police Command says it has arrested three suspects allegedly engaged in the production of adulterated drinks at Apongbon area of Lagos.

The Command’s Spokesperson, DSP. Bala Elkana, said on Sunday in Ikeja, that the suspects were arrested based on a tip off received by the police.

According to Elkana, on June 20, at noon, the command received an information about illegal production of alcoholic beverages at No. 5 Chapel St., Off Apongbon, Lagos Island.

“A team of operatives from the State Intelligence Bureau was deployed to the area on surveillance patrol.

“The operation led to the arrest of three suspects. Large quantity of alcoholic beverages suspected to be adulterated were recovered.

“Also recovered from the illegal production mini-factory were gallons of substances suspected to be ethanol, cognac coloration, rubber cocks, top cocks, labels, stickers and other instruments used in the illegal business.

“The suspects confessed to the commission of the crime and police are on the trail of one suspect believed to be leader of the gang, who is still at large,” he said in a statement.