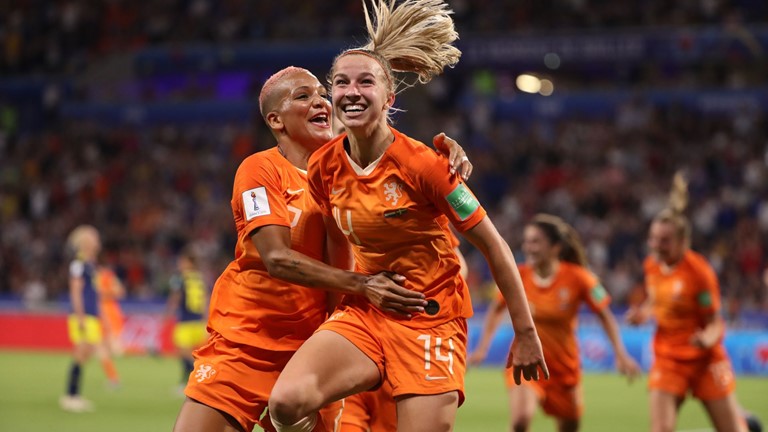 The Netherlands and the United States will play in the finals of the 2019 FIFA Women’s World Cup in France on Sunday.

The Dutch women laboured to edge out Sweden in the ninth minute of extra-time after a goalless 90 minutes to earn their first ticket in the World Cup finals.

Thanks to Jackie Groenen who scored in the 99th minute and gave the Netherlands the slim victory.