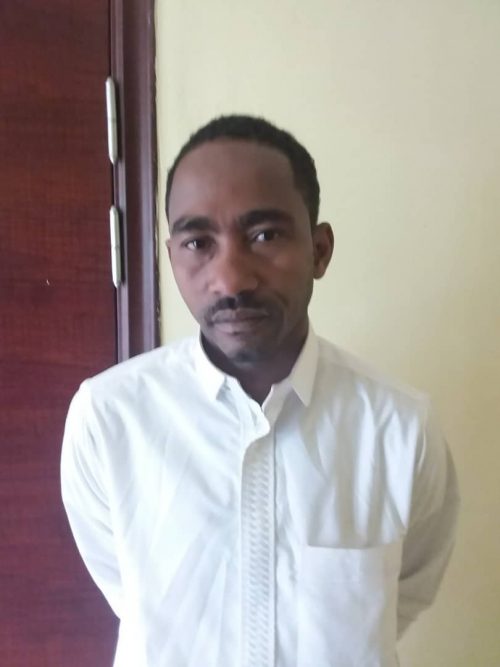 Other offences which resulted in conviction included cheating and misappropriation.

The convict was prosecuted by the Economic and Financial Crimes Commission, EFCC, Kaduna zonal office.

The anti-graft spokesman, Tony Orilade disclosed this in a statement made available to newsmen in Abuja.

He explained that the prosecution of the convict followed an investigation of a petition written against Abdulrahman.

Orilade added, “The petitioner, Yasir Tijjani, had alleged that sometime in December 2018, he entered into an agreement with Bani Mbaka Investment Company Limited to transfer the sum of N96 million to Transvex Investment Limited with the understanding that he was going to receive the equivalent sum of £200,000 (Two Hundred Thousand Pounds) within 48 hours.

“However, upon receiving the naira equivalent, the convict refused to pay either the N96 million or the pounds equivalent. All efforts to get the money back, proved abortive, prompting Tijjani to take his cry to the EFCC”.

The charge reads in part: “That you, Auwal Abdulrahman and Transvex Investment Limited, sometime in October 2018, in Abuja within the Jurisdiction of this Honourable Court, while operating a Bureau de Change business (Trading in Foreign Currency) and in such capacity entrusted with dominion over the sum of N96,000,000 (Ninety Six Million Naira) in exchange for £200,000 (Two Hundred Thousand Pounds) by one Alhaji Yasir Tijjani, misappropriated the sum of N17,629,425.60 (Seventeen Million, Six Hundred and Twenty-nine Thousand, Four Hundred and Twenty-five Naira, Sixty Kobo).”

EFCC affirmed in its statement that it was an offence contrary to Section 311 of the Penal Code Law Cap 89 Laws of Northern Nigeria 1963 and punishable under Section 312 of the same Law.

Also, the convict reportedly pleaded guilty to the charge.

Counsel for the EFCC, Jamil Argungun, it was learnt informed the court of a plea agreement entered with the Commission and urged the court to accept same and convict him, accordingly.

Similarly, defence counsel, Ahmed Abdulrahman also pleaded with the court to temper justice with mercy as the convict was a first-time offender, and had many dependants.

In his ruling, Justice D. Z. Senchi convicted and sentenced him to six months in prison but gave him an option of fine of N50,000.

He also ordered the convict to forfeit a two-bedroom bungalow located at Amsabell Estate in Abuja to the victim as balance of his money.