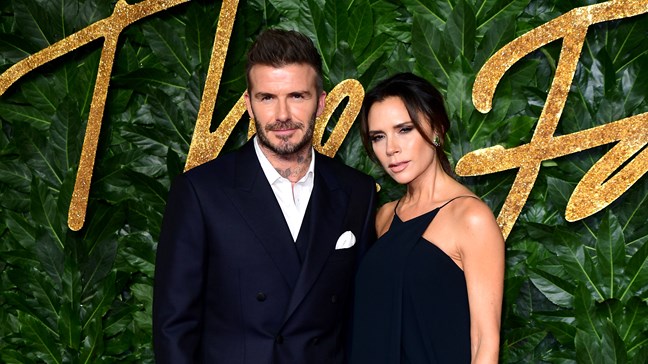 While David decided to showcase his love for Posh with four simple images of their time together, Mrs. Beckham took us through some of the couple’s most memorable moments.

David’s post included two images from the couple’s extravagant wedding, a black and white shot of the pair embracing and a family photo.

Victoria, however, opted for a much longer stroll down memory lane and threw together a montage of the couple’s most memorable moments, including that unforgettable matching PVC episode.

In stark contrast to her husband, Victoria’s post did not focus on their children or life as a family at all.

Instead, the montage featured more than 20 carefully selected images of the couple alone, and included pictures from their engagement, wedding, holidays and even from their attendance at the Royal Wedding of Prince Harry and Meghan Markle.

She captioned her in-depth tribute: “20 years today. I love you so much xxxxx Kisses x @davidbeckham.”

20 years today. I love you so much xxxxx Kisses x @davidbeckham

The couple exchanged vows at the historic Luttrellstown Castle, just outside Dublin, on July 4 1999 in a lavish ceremony that would cost an estimated £1million today.