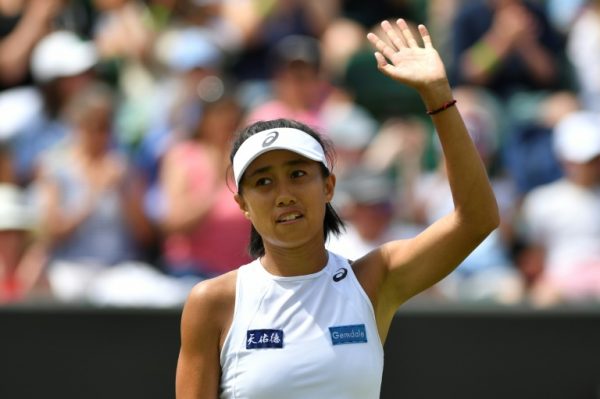 She rallied back from 0-4 down in the opening set on Friday to beat Wozniacki.

Zhang, the world number 60, is the first Chinese woman since Peng Shuai in 2015 to reach the second week at the All England Club thanks to her 6-4, 6-2 win over the 14th seeded Dane.

Before this year, the 30-year-old Zhang had never won a main draw match at Wimbledon in five attempts.

It was a record which reflected her previous struggles — she was 0-14 at the Slams until she broke through to the 2016 Australian Open quarter-finals.

On Friday, she fired 26 winners against just eight for Wozniacki and goes on to face either Viktorija Golubic of Switzerland or Ukraine’s Dayana Yastremska.

Wozniacki, the 2018 Australian Open champion, has never made it past the fourth round at Wimbledon.

Her affection for the tournament would not have been helped by her unhappiness at what she claimed to be a number of poor calls by the Hawkeye review system.