Of RUGA, COZA and Abbo 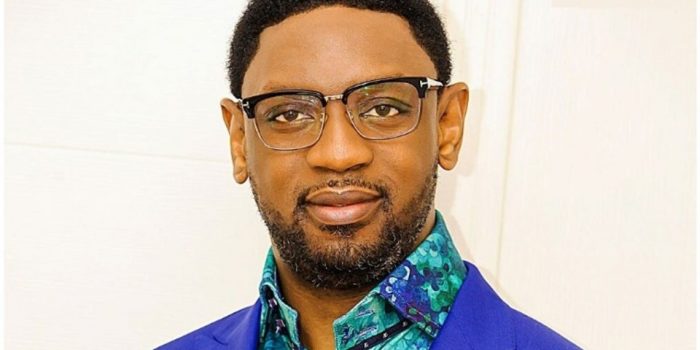 Nigeria is a nation of unending drama. Drama is what keeps us going as a people. Insecurity, unemployment, corruption, decayed infrastructure, ethnicity, tribalism are some of our recurring challenges. But we have learnt to live with them. Drama gives us a huge comic relief from our many troubles.

For some time, herders/ farmers clashes have continued to pose serious security threats in the country. In the last few months, the crisis, which was initially widespread in the northern part of the country, is curiously heading southward like a wild fire.

In a bid to stem the tide, the Federal Government, FG, came up with the Rural Grazing Area (RUGA) settlements plan for herdsmen. According to the FG, the scheme is meant to curb open grazing of animals as it seeks to settle animal farmers, not just cattle herders, in an organized place with the provision of basic and adequate amenities such as schools, hospitals, road networks, vet clinics, markets and so on.

However, the Ruga scheme was widely criticized by a cross section of Nigerians. Some state governors insisted that there is no land for ranches and cattle in their domains while several socio-cultural groups and traditional authorities openly opposed the initiative.

The last straw, however, seemed to be a comment made by Professor Wole Soyinka on the perceived danger of Ruga. A few days after the Nobel Laureate made the Ruga remarks, the FG announced that it has suspended the controversial programme.

While addressing State House Correspondents on the suspension, Ebonyi State Governor, Dave Umahi, disclosed that the scheme was not consistent with the National Livestock Transformational Plan (NTLP). He insisted that the NLTP approved by the National Economic Council (NEC) is a voluntary programme interested states.

Meanwhile, in the middle of the Ruga hullabaloo, the social media was equally buzzing with yet another thriller. Wife of popular Nigerian musician, Busola Dakolo, had accused the Senior Pastor of Commonwealth of Zion Assembly (COZA), Pastor Biodun Fatoyinbo, of rape.

According to Mrs. Dakolo, Pastor Fatoyinbo raped her twice on same week. She alleged the pastor first raped her at her parents’ residence and at another time in an isolated road path. She alleged the incidence occurred before she turned 18, and added that she lost her virginity in the process.

Trust Nigerians, they quickly shoved the Ruga controversy to the background, and pronto COZA became the trendy news. In the midst of it all, Pastor Fatoyinbo vehemently denied raping Bisola Dakolo or any other persons for that matter. In a post on his Instagram page, the pastor declared: “I have never in my life raped anybody even as an unbeliever and I am absolutely innocent of this”.

Well, while many analysts seem to agree that Fatoyinbo might be right in his claim, they, nevertheless, opine it is possible he had consensual sex with his accuser. This is not the first time the Abuja based Pastor will be immersed in sex scandals. In 2013, Ese Walter, a member of his church alleged she had a sexual relationship with the pastor in London. Just a few days ago, another lady accused the pastor of rape. What will be the outcome of this new drama series? Well, time will tell.

What is, however, no in doubt is that we are in a season of drama. Senator representing Adamawa North, Mr. Elisha Abbo, is in the center of yet another blockbuster. In a now viral CCTV footage clips, Abbo was alleged to have assaulted a shop attendant at a sex toy shop in Abuja last May. Details of the gory event were published in Premium Times and it prompted national indignation.

Initially, Abbo’s wife denied the allegation, saying that her husband, a ‘distinguished’ Senator of the Federal Republic is too decent to stoop so low. However, the Senator was to later rubbish her wife’s claim when he opened up to committing the alleged crime.

In an emotion laden press conference (which could be titled: Abbo Wept), the Senator apologized for his heinous conduct. He equally apologized to his victim and her family.

As we were taught in Didactic Literature, for the discerning, we could learn vital lessons from our current national dramas. The first is that we cannot wish away our national problems. As much as people might disdain the FG Ruga plan, the fact remains that we still have a monster to contend with in the herdsmen/farmers mess.

If we choose to sweep it under the carpet as we often always do, we are merely postponing the evil day. On its part, the FG must consult widely in order to find a generally acceptable solution to this issue. We cannot continue to witness unnecessary killings of our compatriots in avoidable circumstances.

The COZA affair is a reflection of the moral decadence in our society. While randy charges against the trendy pastor remain mere allegation, it is a wakeup call to clerics who actually indulge in despicable sexual acts that their sins will, one day, catch up with them.

As for Abbo, as bad as his act was, for me, the apology is disarming enough. I don’t really care whatever happens to the case eventually, his public apology demonstrates penitence. With the resources at his disposal, he could have gone to court, hire a crafty lawyer that would use legal technicalities to drag the case for long, but he chose to follow a more honorable path. He said sorry. In our clime, it is not usual to see ‘powerful’ figures make an apology. Though Abbo acted naughty, he is also a lesson in humility.

-Ogunbiyi is of the Ministry of Information & Strategy, Alausa, Ikeja