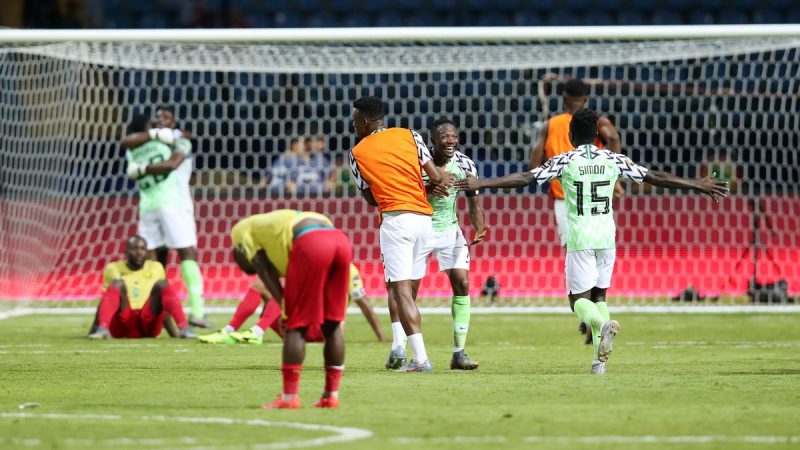 Striker Odion Ighalo was the Total AFCON Man of the match as he recorded a brace for Nigeria against defending champions Cameroon, while Alex Iwobi added the third goal that became the winning goal.

Ighalo had opened the score sheet for Nigeria in the 2Oth minute, but two goals in quick succession within the last five minutes of the first half put the Cameroonians ahead.

But in the second half, the tide changed, as Nigeria not only equalised, but also clinched the winner to send the defending champions out.

Watch the video highlights as tweeted by cafonline:

A 5⃣ goal thriller ended in the #SuperEagles' favor.