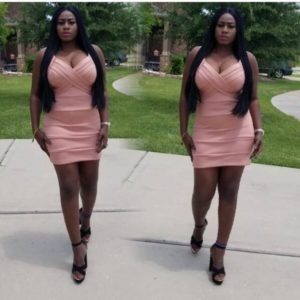 A fast-rising Nollywood actress and nominee of the City People Movie Award for Fastest Rising Actress, Adekemi Taofeek, has revealed that she does not date boys who would prefer to use condom to prevent her from getting pregnant.

The Ini Edo look alike told Punch that she preferred to date men because men, according to her, don’t run away from responsibility.

“I don’t do boys but I do men because a boy is someone that cannot take responsibilities. A man is someone who can handle anything that comes out of the relationship. For instance, I can’t date a boy who I would have to use a condom to prevent me from getting pregnant because he is not ready for a baby yet. But a man is up to the task and if I tell him I am pregnant, he would start making plans to marry me”, she said

The Abeokuta, Ogun State-born cross-over thespian, who has been around in the make-believe industry for about eleven years, also considers acting in the English-speaking movies more financially rewarding than in the Yoruba-speaking ones.

She commended Nollywood for what she regarded as steady improvement and growth in the industry.