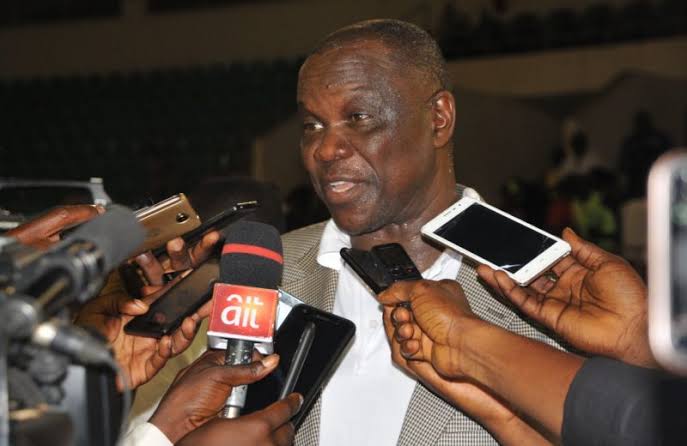 The Sunshine Spikers of Ondo has emerged winners of the Division one National volleyball tournament which took place at the indoor sports complex of the University of Ilorin.

The Ondo team outclassed Nigeria Army by three straight sets to win the tournament in the final game played on Saturday.

The team proved to be the worthy winners after winning a total of nine games with a total of 26 points.

The Army finished in the second position with 24 points followed by Niger Brass in third place with 19 points.

Prisons finished in the sixth place with 13 points ahead of ABM of Katsina which has nine points in seventh position.

Dynamics of Anambra State and neighbouring Delta Force occupied the eighth and ninth positions with six points each while Imo State finished at the bottom of the table with zero point.

Earlier in the day, Police Force had beaten Team Imo 3-1 to take the first position in the female division with nine points.

Imo occupied the second position with six points while O.K Babes of Ogun had three points in third position with Zamfara at the bottom of the table without any point.

While speaking at the closing ceremony, President of the Nigeria Volleyball Federation , Engr Musa Nimrod thanked and appreciated the host community as well as the Kwara government for providing an enabling environment for the championship.

Nimrod disclosed that the event was staged, hosted and completed successfully without any hiccups and further revealed that his board will be looking forward to stage subsequent events at the university.

He also charged the competing teams to go back to the drawing board and re-strategize ahead of the next leg of the league.

The president also revealed that the federation is leaving no stone unturned in preparing the national team for international events.

Chairman of the directors of sports forum in Nigeria, Coach Tunde Kazeem thanked the volleyball federation for bringing the tournament to Ilorin.

The director who was particularly impressed with the quality of the female division, stressed the need for the participating states to encourage their athletes.

On his own part, chairman of the Kwara state volleyball association, Bashorun Bankole called on private sponsors and individuals to partner with the federation in it’s bid to organise more grassroots events in order to fish out talents.

Meanwhile, information gathered from the league management committee of the Nigeria Volleyball, says the next leg of the division one league is expected to hold in Bauchi at a later date, the News Agency of Nigeria reported.