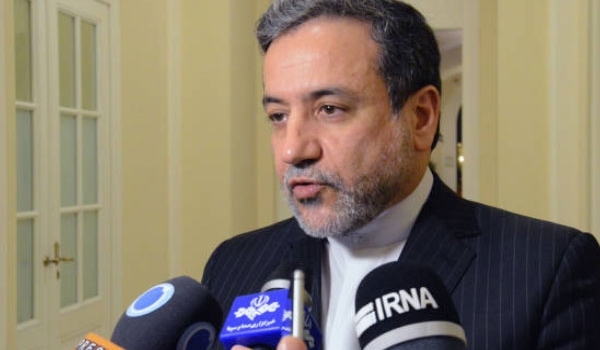 In what is seen as a further escalation of tension with the United States, Iran said on Sunday it would further scale back its commitment to the 2015 nuclear deal with world powers.

It says it is raising its uranium enrichment level to what officials said earlier was 5% to produce fuel for power plants.

In a news conference, senior Iranian officials also said Tehran would keep reducing its commitments every 60 days unless signatories of the pact moved to protect it from U.S. sanctions.

But the officials left the door ajar for diplomacy.

“Today, the 60-day deadline has ended, and since our demands about the nuclear deal and oil sale have not been materialised, today, we take the second step; (60 days earlier) we declared stopping our commitment to the restrictions on uranium stockpiles, and today we declare that we are not committed to the level of enrichment” stated in the nuclear deal any more, Iranian Deputy Foreign Minister Seyed Abbas Araqchi said.

Araqchi, according to Fars News Agency, announced on Sunday that his country will send a letter to EU Foreign Policy Chief Federica Mogherini to inform her of the country’s decision to stop commitment to the level of its enriched uranium stated in the nuclear deal.

“Today, a letter has been written by Zarif (Iranian foreign minister) to Mogherini which will be sent today. The letter contains paragraphs of the nuclear deal which pertain to the purity level of enrichment,” he added.

Washington withdrew from the internationally-endorsed 2015 nuclear deal with Iran on May 2018, reimposed the toughest-ever sanctions against the country and started a plan to zero down Tehran’s oil sales.

Under the nuclear agreement reached between Iran and six world powers in July 2015, Tehran undertook to put limits on its nuclear program in exchange for the removal of nuclear-related sanctions.

Yet, Iran continued compliance with the deal, stressing that the remaining signatories to the agreement, specially the Europeans had to work to offset the negative impacts of the US pullout for Iran if they want Tehran to remain in compliance. The Iranian officials had earlier warned that the European Union’s failure in providing the needed ground for Tehran to enjoy the economic benefits of the nuclear deal would exhaust the country’s patience.

Almost a year later, however, the EU failed to provide Tehran with its promised merits. Then, the US state department announced that it had not extended two waivers, one that allowed Iran to store excess heavy water produced in the uranium enrichment process in Oman, and one that allowed Iran to swap enriched uranium for raw yellowcake with Russia.

Until May, Iran was allowed to ship low-enriched uranium produced at Natanz to Russia before it hit the 300-kg limit and the US measure leaves no way for Tehran other than exceeding the ceiling for storing the enriched uranium in violation of the 2015 nuclear deal.

Also, the United States would no longer waive sanctions that allowed Iran to ship heavy water produced at its Arak facility beyond a 300-ton limit set in the 2015 nuclear deal to Oman for storage which again forces Tehran to store it inside country in violation of the nuclear deal.

Meanwhile, Iran has also disclosed that the United States conveyed a message to through an intermediary warning of a limited strike against the country after its unmanned drone was shot down in the Gulf.

“After the downing of its intruding drone, the United States told us through diplomatic intermediaries that it wanted to carry out a limited operation,” said Gholamreza Jalali, who is also a senior commander of Iran’s elite Revolutionary Guards.

“But Iran’s response was that we regard every operation as the beginning of a war.”

Trump later said he had approved retaliatory military strikes against Iran, but called them off at the last minute.

The shooting of the drone came after weeks of rising tension following a spate of attacks on oil tankers in the Gulf region. Tehran said the drone had violated its airspace. Washington denied this.