13 bodies of immigrants recovered off coast by Tunisian Guard 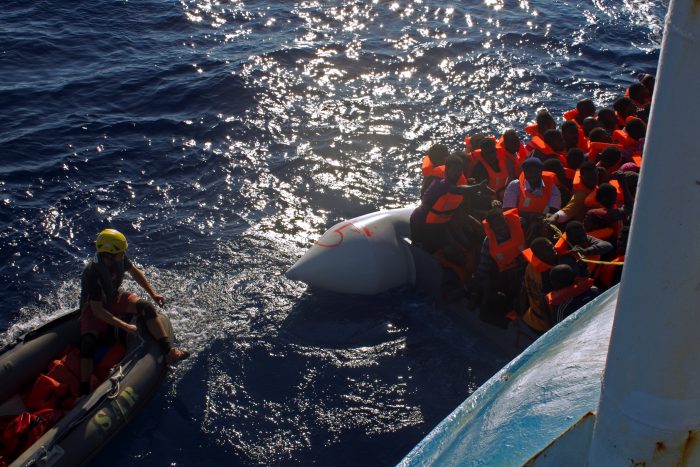 Miguel Duarte carries out a rescue operation from the Iuventa ship on the Mediterranean Sea, June, 2017. Picture taken June, 2017. Rita Gaspar/Handout via REUTERS.

Thirteen (13) bodies of illegal African immigrants who drowned off the southeastern coast three days ago, have been recovered by the Tunisian maritime guard on Saturday, a Tunisian Red Crescent official told Xinhua.

The bodies were found off Jorf coast in the province of Medenine and Katf coast of the city of Ben Guerdane close to the Libyan border, said Mongi Slim, head of the Medenine branch of the Tunisian Red Crescent.

The search is still underway for the remaining victims, Slim added.

Preliminary evidence was said to have shown the bodies belong to illegal African immigrants who sailed days ago from the Libyan coasts toward Italy.

On Thursday, Mustapha Abdel Kabir, head of Tunisian Observatory for Human Rights, told Xinhua that more than 80 illegal immigrants of different African nationalities went missing after their boat sank in the Mediterranean while sailing toward the Italian coast.