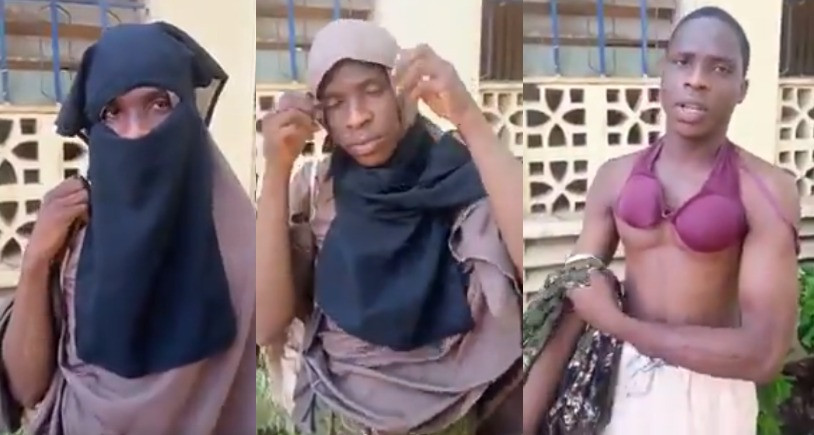 The suspect after he was arrested.

A suspected male thief who dressed up in hijab attempting to disguise and steal inside the female hostel of the Federal College of Education, Kano state, was apprehended on Sunday.

According to the security officers at the entrance of the hostel, he was intercepted when they suspected the unusual way he was walking and also feigning his voice.

He was discovered to be man after he stripped of his clothing.

Watch a video of him shortly after he was paraded below: