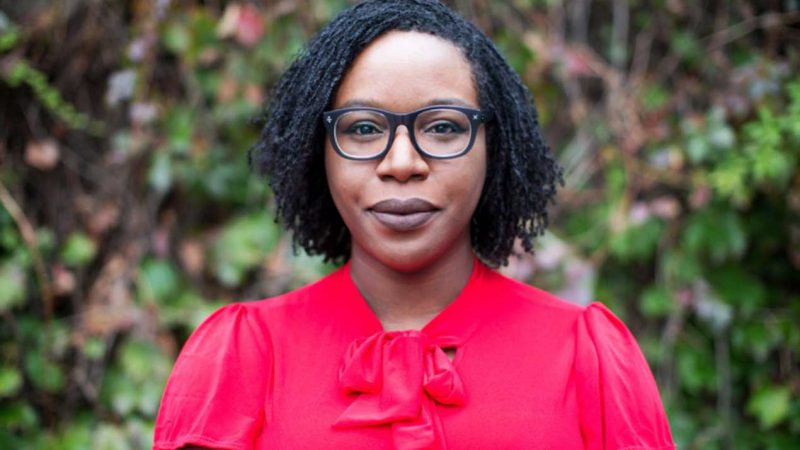 Nigerian-born Lesley Nneka Arimah has won the 20th edition of the Caine Prize for African Writing for her short story ‘Skinned’. She emerged from a shortlist of five writers, that also included another Nigerian, Tochukwu Emmanuel Okafor, who wrote ”All Our Lives”.

Others on the shortlist were Meron Hadero (Ethiopia) for ‘The Wall’, Cherrie Kandie (Kenya) for ‘Sew My Mouth’, Ngwah-Mbo Nana Nkweti (Cameroon) for ‘It Takes A Village Some Say’.

The Caine Prize for African Writing is a literature prize awarded to an African writer of a short story published in English. The prize was launched in 2000 to encourage and highlight the richness and diversity of African writing by bringing it to a wider audience internationally. The focus on the short story reflects the contemporary development of the African story-telling tradition.

The Caine prize was launched in 2000. The winner receives £10,000 prize money, and each shortlisted writer also receives £500.

Arimah, winner of the 2015 Commonwealth Short Story Prize for Africa, has twice been shortlisted for the Caine Prize in 2016 and 2017.

Arimah emphasised that African writers should centre the African gaze. To her fellow shortlisted writers, she said: “Your stories have added to the profile of African literature, adding the many voices that we need to illuminate who we are.

“And what I mean by play is that when one knows a thing inside and out, say cooking, the chefs who do fusion cooking do so because they know both cuisines that they are using intimately.

“I think of experimentation as the sign of expertise. And I think it’s important we continue as we have started, as we have been, as we are doing always, that we continue to play within the bounds of our literatures. And I emphasise “each other” because, yes, we must centre the African gaze. Thank you so much.”