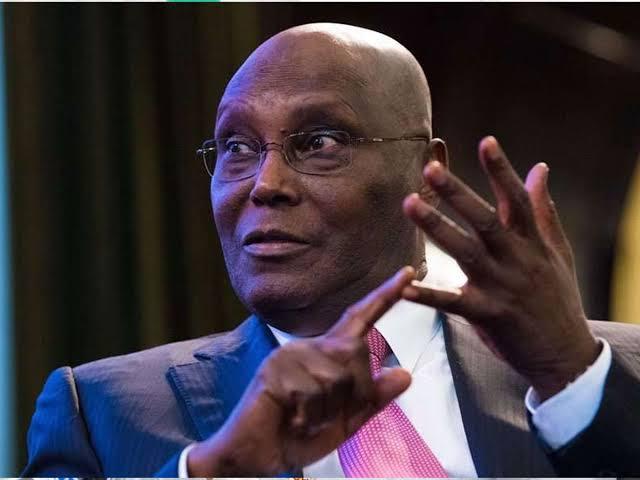 The Peoples Democratic Party (PDP) and its presidential candidate, Atiku Abubakar on Tuesday continued their defence of petition against President Muhammadu Buhari’s re-election with sets of witnesses singing discordant tunes.

Dr Livy Uzoukwu, SAN, Counsel for the petitioners commenced the activity of the day with the presentation of Alhaji Tanko Bichi, a Local Government Collation Agent for PDP in Katsina State for his testimonies.

Bichi, in his evidence in chief alleged that the election in his area was marred by widespread malpractices but could not substantiate the claim when crossed examined.

On his part, Alhaji Salisu Majijiri, Katsina State Chairman of the PDP said the result declared by the Independent National Electoral Commission (INEC) for the state was different from figures collated from the various polling units and wards.

Majijiri, who was also the State Collation Agent for the PDP claimed that the result sheets containing the outcome of the election in the state signed by various agents showed that Atiku won in Katsina State.

Majijiri also explained that the 34 adhoc staff engaged by the electoral commission were substituted with the second respondent’s agents to perfect the rigging.

When crossed examined, however, Majijiri was unable to provide cogent insight on how Atiku was rigged out of the election in the state.

Majijiri also failed to present either an original or duplicate copies of the acclaimed signed election result sheets that reflected Atiku’s victory in the state.

The state chairman of the PDP could not also advance reasons why those materials were not brought before the tribunal.

Alhaji Salisu Funtua, another Local Government Collation Agent for PDP, said that INEC had cancelled all the results from polling units and wards where card readers failed.

He said his acceptance to be a witness in the petition stemmed from the widespread cancellation of results emanating from the non-use of the card reader to accredit the voters.

When asked if he voted, Funtua affirmed that he indeed voted, but that the right of others in the local government to do same was denied.

He was further asked whether those affected by his claim of denial were still alive, Funtua equally agreed with counsel for the respondents that all of them could not have died just yet.

Also, Malam Usman Musa, a Local Government Collation Agent for the PDP in Katsina, said the total number of votes cast in the areas under his supervision exceeded the number of accredited voters.

“My accreditation was not partial but properly done,’’ he said.

Alhaji Umar Usas, another Local Government Area Collation Agent for PDP in Katsina state, attested to the fact that INEC carried out a proper accreditation in most of the polling units and wards.

He, however said all disputed results from the 281 polling units as a result of over voting were cancelled by the electoral body.

Usas, however, failed to state in his deposition that card readers were abandoned for manual accreditation.

On his part, Mr Ibrahim Musa, also a Local Government Area Collation Agent for the PDP claimed that voting commenced early in most polling units under peaceful condition.

Usas explained that he neither remembered the total votes allotted to the PDP nor was able to grasp the total number of political parties that contested the election.

He, however, said that voting ended in most polling units at about 3pm, adding that he was not present when the counting of the votes was done.

Mr Audu Sani, a Local Government Area Collation Agent in Niger State, said only the Returning Officer was officially mandated to declare results from the election.

He explained that his role was simply to monitor and collate results from PDP agents at polling units and ward levels, adding that only INEC results counted.

Sani, however, alleged that thugs suspected to be agents of the All Progressive Congress (APC) disrupted the flow of the election in Lapai as Village Heads were used to rig the election.

When asked to mention names of those village heads used to rig the election, Sani tactically avoided the answer, adding that those behind the rigging knew themselves.

Another Local Government Area Agent for the PDP in Niger state, Mr Balarebe Usman, said INEC only cancelled results in four polling units due to over voting and card reader malfunctioning.

Usman was however, unable to identify any of the INEC’s forms used in the election when crossed examined.

Furthermore, Malam Umar Alhaji, a Ward Collation Agent for PDP in Niger state said that it was resolved among agents of other political parties and INEC that all disputed results should be cancelled.

Alhaji however told the tribunal that the presidential election for which his party was challenging its outcome was held March 24 as against the Feb.23 the election held.

NAN reports that the petitioners have only more eight days to present the 400 witnesses listed in their petition.