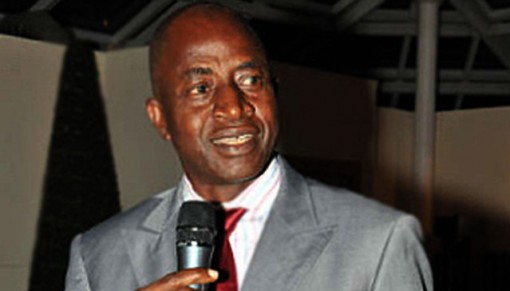 In spite of the recent highly celebrated superlative performance of the Super Eagles in their match against the Indomitable Lions of Cameroon in the ongoing Africa Cup of Nations (AFCON 2019) which saw the team defeating their long term rivals in an awesome way, the former national team captain, Segun Odegbami, popularly called the ‘Mathermatical’ during his glorious era as a soccer star, still wants coach Gernot Rohr sacked by the Nigeria Football Federation (NFF).

Odegbami said if he were to be the NFF Chairman, he would have sacked the Super Eagles’ Coach immediately after Nigeria’s loss to Madagascar.

He expressed this view on the ‘Sunrise Daily’ programme of Channels TV on Monday.

He described Rohr as being too relaxed even in the face of defeat.

“If I was in charge of Nigerian football, Gernot Rohr would have been on his way home,” Odegbami said during the interview.

“I’m sorry that is a bit harsh, but you could see how he selected players, particularly in that match against Madagascar. We could have been out of this competition now, because of his selection of players for that match.

“See coaches like Jurgen Klopp, Jose Mourinho, they are the 12th players. They are by the side of the field, they are directing their players.

“They are shouting on referees, they are doing things. That is the sort of thing Nigerian players need.

“Nigerian players don’t want somebody who will just sit quietly and not say a word”, the Mathematical said.

He, therefore, advised the NFF to consider a more active coach in future.