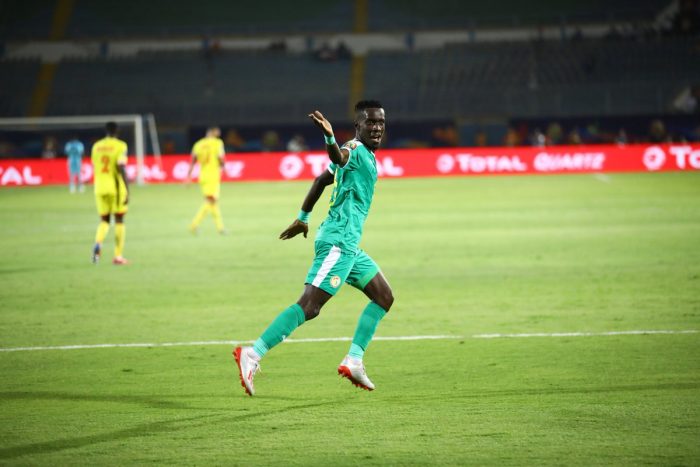 The Senegalese national football team have qualified for the semi-finals of the ongoing African Cup of Nations tournament in Egypt after beating Benin Republic 1-0.

Senegal broke the deadlock on 69th minute after a fine assist from Liverpool’s star, Sadio Mane.

Mane produced a great pass that found Idrissa Gueye inside the penalty area, who took advantage of the situation to rifle a shot into the left side of the goal.

Mane also had goal ruled out on 74th minute after Senegalese player was caught offside.

The Video Assistant Referee system has been introduced from the quarter-final stage and Mane had two goals disallowed for offside after VAR checks.

Benin’s Olivier Verdon was sent off near the end for a foul on Gueye.

Before Gueye’s goal, his first in Egypt, Benin – who had reached this stage without winning a match in normal time – almost took the lead after a horrific mistake by keeper Alfred Gomis.

He mis-controlled a routine back-pass, the ball spinning off his boot before going narrowly wide of his own post.

But Gueye’s goal means Senegal are two wins from winning the Africa Cup of Nations for the first time.

Aliou Cisse’s team will meet minnows Madagascar or Tunisia in the semi-finals on Sunday in Cairo.