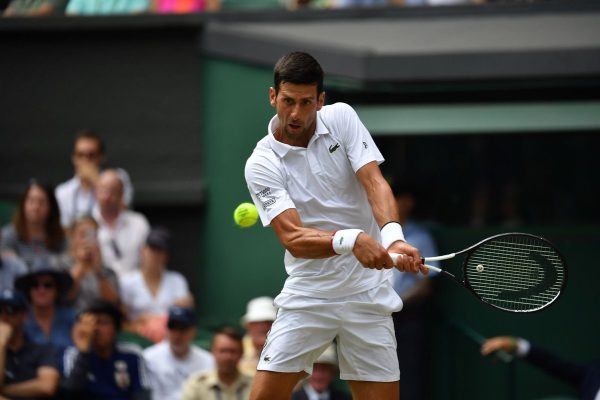 Top seed and defending champion, Novak Djokovic recovered from an edgy start to deliver a devastating display that crushed the spirit of 21st-seeded Belgian David Goffin in straight sets to book Wimbledon semi-finals, his ninth.

Goffin will wonder just what happened after he looked the better player in the early stages and broke for a 4-3 lead in the first set.

Half an hour later he had lost 10 games in a row and the match was effectively over as Djokovic, relentless with his accuracy, went on to triumph 6-4 6-0 6-2.

It was a display of Djokovic at his clinical best as the Serb soaked up the early punches without panic then slowly but surely imposed himself in every aspect of the contest to such an extent that Goffin was left flailing.

Djokovic, who has lost only once at a Grand Slam in the last 12 months.

Only Jimmy Connors and Roger Federer have been in more semi-finals than Djokovic.

He will next face either Roberto Bautista Agut, who defeated Guido Pella in four sets.