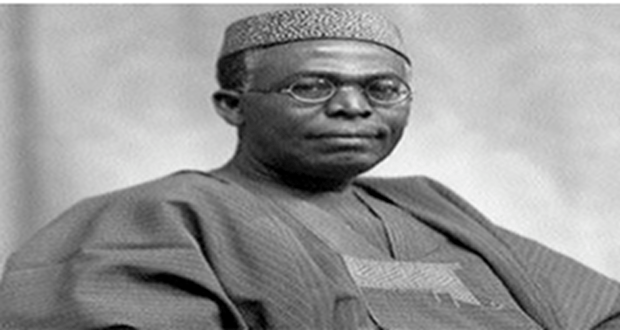 Last week (6 July) was the 52nd anniversary of the declaration of the civil war in Nigeria, a chapter in the political history of the country which many citizens pray should never repeat itself.

As critics on both sides, till date, argue about who did what wrong, when and how, one of the names that keep popping up is that of Chief Obafemi Awolowo, the late Premier of Western Region; Vice-Chairman of Federal Executive Council when General Yakubu Gowon was Head of State and the Federal Commissioner for Finance under him.

To the people on the Federal side, Awolowo, given his handling of finances and many logistics during the war, made it possible for the war to end the way it did-victory for the Federal side. To the Biafrans, Awolowo was a bogeyman, a merciless genocide advocate whose policy made many on the other side starve and get more impoverished.

However, Awolowo defended himself against these accusations before he died. It was published on this platform in 2017.

We present it again.

During the 1983 elections, Chief Obafemi Awolowo was hosted to a town hall interview in Abeokuta, where in addition to other pertinent topics of the day, he spoke on his role in the civil war, the 20-pound policy, starvation as a weapon, change of currency, abandoned property etc. Collector’s item.

QUESTION: Chief Awolowo, your stand on the civil war, however unpopular it may have been to the Biafrans or Ibo people, helped to shorten the war. Today, you’re being cast as the sole enemy of the Ibo people because of that stand, by among others, some of the people who as members of the federal military government at that time, were party to that decision and are today, in some cases, inheritors of power in one Nigeria which that decision of yours helped to save. How do you feel being cast in this role, and what steps are you taking to endear yourself once again to that large chunk of Nigerians who feel embittered.

AWOLOWO: As far as I know, the Ibo masses are friendly to me, towards me. In fact, whenever I visit Iboland, either Anambra or Imo, and there’s no campaigning for elections on, the Ibo people receive me warmly and affectionately. But there are some elements in Iboland who believe that they can maintain their popularity only by denigrating me, and so they keep on telling lies against me. Ojukwu is one of them. I don’t want to mention the names of the others because they are still redeemable, but ….Ojukwu is irredeemable so I mention his name, and my attitude to these lies is one of indifference, I must confess to you.

I’ve learnt to rely completely on the providence and vindication of Almighty God in some of these things. I’ve tried to explain myself in the past, but these liars persist. Ojukwu had only recently told the same lie against me. What’s the point in correcting lies when people are determined to persist in telling lies against you? What’s the point? I know that someday the Ibos, the masses of the Ibo people will realize who their friends are, and who their real enemies are. And the day that happens woe betide those enemies. The Ibos will deal with them very roughly, very roughly.

That has happened in my life. I have a nickname now, if you see my letterhead you’ll find something on top, you’ll find a fish done on the letterhead. Some people put Lion on theirs, some people put Tiger, but mine is Fish. And Fish represents my zodiac sign, those of you who read the stars and so on in the newspapers; you’ll find out that there’s a zodiac sign known as Pisces, in Latin Pisces mean Fish.

So I put Pisces top, that’s my zodiac sign being born on the 6th of March,….er well, the year doesn’t matter, it’s the day that matters. And then on top of it I wrote Eebudola. All of you know the meaning of that. You know I don’t want to tell a long story but………………Awolowo school, Omo Awolowo, the…… started in Urobo land, in Mid-west in those days. They were ridiculing my schools, I was building schools –brick and cement, to DPC level, block to DPC level and mud thereafter. And so the big shots in the place..”ah what kind of school is this? is this Awolowo school? Useless school” and when they saw the children..”ah this Awolowo children, they can’t read and write, Awolowo children” that’s how it started, with ridicule, and it became a blessing, and now they say “Awolowo children, they are good people” no more ridicule about it, that’s how it started, so the Eebu becomes honor, the abuse became honor.

And so when I look back to all my life, treasonable felony, jail, all the abuses that were heaped on me, to Coker Inquiry, all sorts, and I see what has happened to the people who led, who led all these denigration campaign, where are they today? Those that are alive are what I call Homo Mortuus- dead living, oku eniyan, that’s what they are, those that their lives have gone.

So when I look back, I come to the conclusion that all these abuses which have been heaped on me all my life for doing nothing, for doing good, they have become honor, and so Eebudola is one of my nicknames. So I’ve cultivated an attitude of indifference, I’ve done no evil to the Ibos.

During the war I saw to it that the revenue which was due to the Iboland- South Eastern states they call it, at that time..East Central State, I kept it, I saved the money for them. And when they ….was liberated I handed over the money to them- millions. If I’d decided to do so, I could have kept the money away from them and then when they took over I saw to it that subvention was given to them at the rate of 990,000 pounds every month. I didn’t go to the executive council to ask for support, or for approval because I knew if I went to the Executive Council at that time the subvention would not be approved because there were more enemies in the Executive Council for the Ibos than friends. And since I wasn’t going to take a percentage from what I was going to give them, and I knew I was doing what was right, I wanted the state to survive, I kept on giving the subvention – 990,000 almost a million, every month, and I did that for other states of course- South eastern state, North central state, Kwara and so on.

But I did that for the Ibos, and when the war was over, I saw to it that the ACB got three and a half million pounds to start with. This was distributed immediately and I gave another sum of money. The attitude of the experts, officials at the time of the ACB was that ACB should be closed down, and I held the view you couldn’t close the ACB down because that is the bank that gives finance to the Ibo traders, and if you close it down they’ll find it difficult to revive or to survive. So it was given. I did the same thing for the Cooperative Bank of Eastern Nigeria, to rehabilitate all these places, and I saw to it as Commissioner for Finance that no obstacle was placed in the way of the ministry of economic planning in planning for rehabilitation of the war affected areas.

TWENTY POUNDS POLICY
That’s what I did, and the case of the money they said was not given back to them, you know during the war all the pounds were looted, they printed Biafran currency notes, which they circulated, at the close of the war some people wanted their Biafran notes to be exchanged for them. Of course I couldn’t do that, if I did that the whole country would be bankrupt. We didn’t know about Biafran notes and we didn’t know on what basis they have printed them, so we refused the Biafran note, but I laid down the principle that all those who had savings in the banks on the eve of the declaration of the Biafran war or Biafra, will get their money back if they could satisfy us that they had the savings there, or the money there. Unfortunately, all the banks’s books had been burnt, and many of the people who had savings there didn’t have their saving books or their last statement of account, so a panel had to be set up.

I didn’t take part in setting up the panel, it was done by the Central bank and the pertinent officials of the ministry of finance, to look into the matter, and they went carefully into the matter, they took some months to do so, and then made some recommendations which I approved. Go to the archives, all I did was approved, I didn’t write anything more than that, I don’t even remember the name of any of them who took part. So I did everything in this world to assist our Ibo brothers and sisters during and after the war. And anyone who goes back to look at my broadcast in August 1967, which dealt with post-war reconstruction would see what I said there.