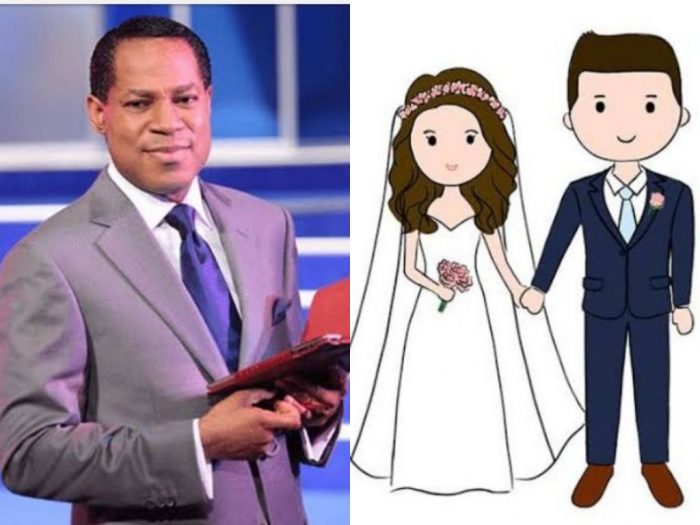 Nigerians on social media have been left divided over a video which shows Pastor Chris Oyakhilome of Christ Embassy saying that “husband means master”, and “not the male partner in a marriage” as widely held today.

Pastor Chris Oyakhilome made this known while giving a sermon to his congregation on marriage.

The clergyman warned wives against opposing their husband in public, which he says is a sign that they do not recognize the anointing of God’s spirit.

“Do you know the meaning of husband?”, he asked.

“I think some of you don’t know. You think husband means the male partner in a marriage.

Chris Oyakhilome went on to define what husband truly means, which made his congregation give a loud cheer in approval of his words.

He added that the failure to acknowledge the role of the husband is “the reason there are problems among Christians in their marriage”.

“Marriage in Christianity for most people is just a flop. Why? Because they don’t agree with God’s definition, they have theirs. They believe they are equal partners”.

He went on to give an instance of how the position of a husband is disregarded today.

“Listen to two people that have just gotten married. A lot of times, it’s the woman that speaks first”.

He continued by revealing the reason why God made woman.

Speaking on the biggest problem women have today in regards to marriage, the clergyman said:

“If most women had their father bold enough to talk to them, they’ll be very successful in their marriage and they’ll be very happy people. Most women have never been taught by their parents, their fathers particularly. That’s their biggest problem. They don’t know who a man is. They think he’s another woman. You see, in a marriage, you have the man who is the head of that union. And because he’s the head of that union, it is important to understand him. Now, you think “he’s the one that needs to understand his wife”. That is where you are wrong. He will, but until you know who you have married”.

The sermon which was applauded by some social media users was however labeled as archaic by some who questioned why his own marriage ended in divorce. See screenshots below. 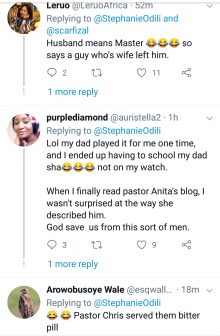 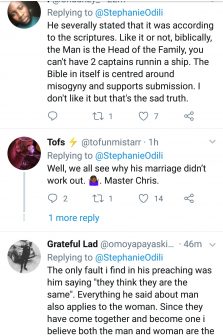 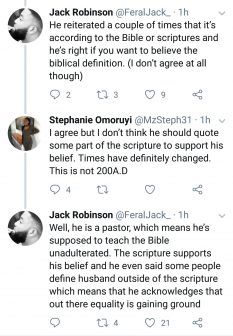 Link to the video: