Infographic: Volume of sugar in your drinks will shock you 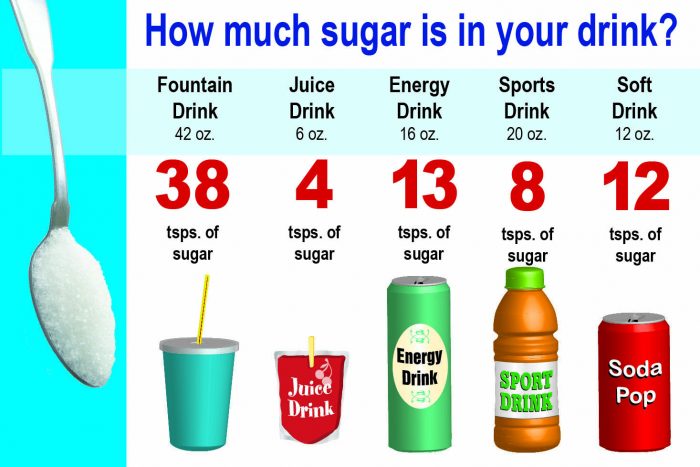 How much sugar is in your drink?

The infographic above illustrates the volume of sugar drinks makers put in the drinks they sell. A new study in France just confirmed an open secret: those sugary drinks being linked with cancer.

The study says people who drink a lot of sugary drinks have a higher risk of developing cancer, although the evidence cannot establish a direct causal link.

The findings of a large study in France do suggest, however, that limiting intake of sugar-sweetened drinks may help to cut the number of cancer cases in a population, the scientists said.

Consumption of sugary drinks has risen worldwide in the last few decades and is linked to obesity, which itself increases cancer risk.