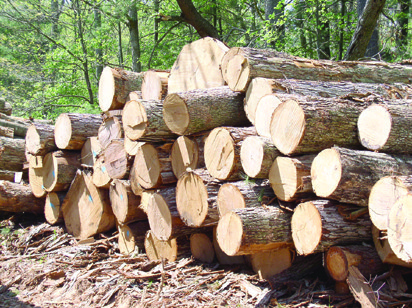 The Cross River House of Assembly has called on the state government to lift the embargo placed on logging in the state.

The Assembly during plenary on Thursday in Calabar said the management of the state’s forest should be handled by the Forestry Commission as provided for by the Cross River State Forest Law 2010 as amended.

The legislators said the Anti-Deforestation Task Force Committee should exist solely to provide military presence to enhance sustainable management of the forest.

They adopted the resolutions sequel to the prayers of a member representing Boki 2 State Constituency, Mr Hilary Bisong, who moved the motion on the floor of the house.

Bisong observed that the forest reserve was critical to the well-being of the state and condemned the indiscriminate logging going on across the state.

He noted that the Anti-Deforestation Task Force had outlived its usefulness and urged members to support the motion to return the management of the forests to the Forestry Commission for effective control.

In supporting the motion, the legislators blamed the task force for illegal logging, mismanagement, among others.

They noted that the task force was an avenue for individuals to enrich themselves.

In her contribution, Dr Itam Abang, representing Boki 1 State Constituency, described the activities of the task force as “a rape of the state’s forest reserve’’

Abang said that under the Forestry Commission, there was replanting of trees, while forest communities were paid royalties which they invested on community projects such as schools.

The legislators unanimously resolved that the management of the state forestry be returned back to the Forestry Commission.

The Speaker, Mr Eteng Jonas-Williams, directed the Clerk of the House, Mr Bassey Ekpeyong, to convey the resolution to the state governor for implementation.