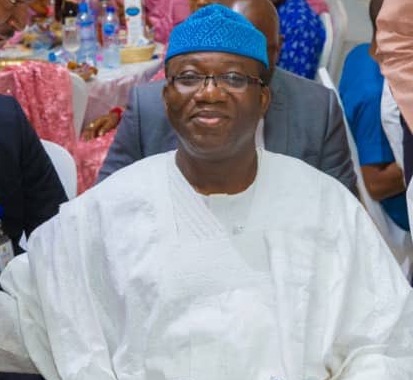 The Nigeria Governors’ Forum (NGF), has told Mele Kolo Kyari, the new Group Managing Director of the Nigerian National Petroleum Corporation (NNPC) that a new deal might be needed to curb the financial drawback subsidy payment is having on funds available to the different tiers of government.

Kayode Fayemi, Chairman of the forum and Ekiti State’s governor, observed that increases in the price of the cost of a barrel of oil will always drive up the amount of money spent on subsidising the cost of the product.

Fayemi informed the GMD that accountability measures had been discussed on how to equitably distribute revenues.

“It is important to highlight that subsidy remains a major drawback to government revenues. We may need to consider a new deal on how the government will absorb the cost of subsidy,” Fayemi is quoted to have said in a statement issued by Abdulrazaque Bello-Barkindo, the NGF’s head of media.

“This has become necessary, given the new reality of low oil revenues and rising government commitments. We believe that at the current course, subsidy costs will continue to offset any recovery in the oil market. Fayemi supported this assertion with figures spent on keeping the cost of gasoline at N145 by the NNPC in 2017 and half year 2018.

“The country recorded one of its lowest costs of subsidy in 2016 when oil traded at an average of $48.11bn. Total subsidy that year was around N28.6bn; but the amount rose to N219bn in 2017 and N345.5bn by mid-2018, as the price of oil and domestic PMS— Premium Motor Spirit, consumption rebounded.

“These are important considerations for us, with direct implications for energy security and economic stability in the country.”

Reiterating the dire dependence of states on petroleum revenue, Fayemi said, “Over the last few years, the forum has built a working relationship with the corporation on matters related to the size and distribution of oil revenues in the country.

“Both organisations have held a series of engagement meetings to discuss ways to address the challenges bedevilling the oil industry. This partnership remains critical to us because it is integral to the fiscal stability of both the federal and sub-national governments, given the central role oil revenues play in funding our budgets.”