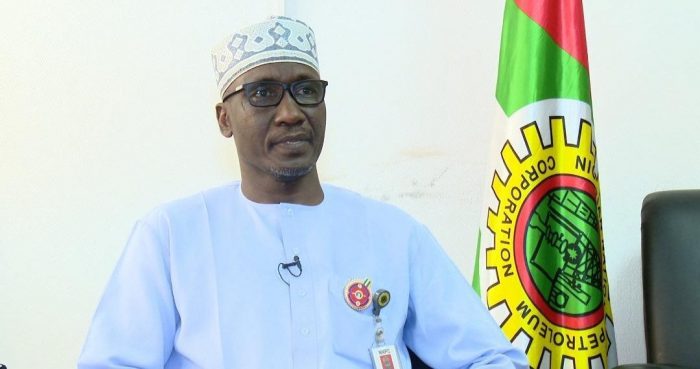 The new Group Managing Director of Nigerian National Petroleum Corporation (NNPC), Mr. Mele Kyari, Thursday disclosed that the petroleum price of N145 per litre obtainable in Nigeria is the cheapest in the West African sub-region.

“The N145 per litre fuel price regime Nigeria runs against the N350 per litre most of the other West African countries operate, encourages smuggling, which invariably affected revenue generation for the agency and by extension the country. It is even very difficult for us to make the petroleum product available at N145”.

The NNPC boss who added that Nigeria is not benefiting optimally from gas production, however, stated that as far as projected daily oil production level is concerned, remarkable achievement has been made with the 2.3 million barrels daily production being recorded as against 1.6 million barrels recorded on daily basis in 2016.

He assured that before the end of the year, NNPC would meet the revenue projection of the 2019 Appropriation Act

According to him, NNPC was working tirelessly with the customs and security agencies in controlling and containing cross border activities of the oil smugglers.

Also speaking, the Director of Department of Petroleum Resources (DPR), Mr. Rufai Ishaku, called on the National Assembly to speedily pass the Petroleum Industry Bill, saying doing so will significantly transform the oil and gas industry and attract revenues.

On his part, Controller General of Nigerian Customs, Col. Hammeed Ali (retd.) informed the lawmakers that Customs Service has generated N653.3 billion by the end of June 2019, adding that N1.202 trillion was generated as revenue in 2018.

Chairman of the Federal Inland Revenue Services ( FIRS), Mr. Babatunde Fowler, in his own submission, informed the Senate leadership that in the last two months, FIRS has generated about N6.5 billion.

He added that by the end of September, the agency would have generated about N500 billion from its aggressive revenue drive in meeting the projections made in the 2019 budget.

In his remarks, Senate President, Dr. Ahmed Lawan, told the executives of the revenue agencies that the purpose of the collaboration, was to gear them up in making more revenues for the government for effective and efficient budget implementation.

Meanwhile, the Senate has warned that the nation’s indigenous airlines could go into extinction if spirited efforts were not put in place to halt designation of multiple routes within Nigeria to foreign Airlines.

It has therefore summoned the Permanent Secretary, Federal Ministry of Transport; and heads of the Nigerian Civil Aviation Authority (NCAA) and the Federal Airports Authority of Nigeria (FAAN) to explain why foreign airlines were allowed to fly multiple routes within the country.

The Senate also directed foreign airlines to provide statistics of Nigerians in their employment with a view to encouraging them to employ more Nigerians and partner with indigenous airlines in the country.

The red chamber further urged the federal government to give indigenous airlines, necessary support and protection to keep them afloat.