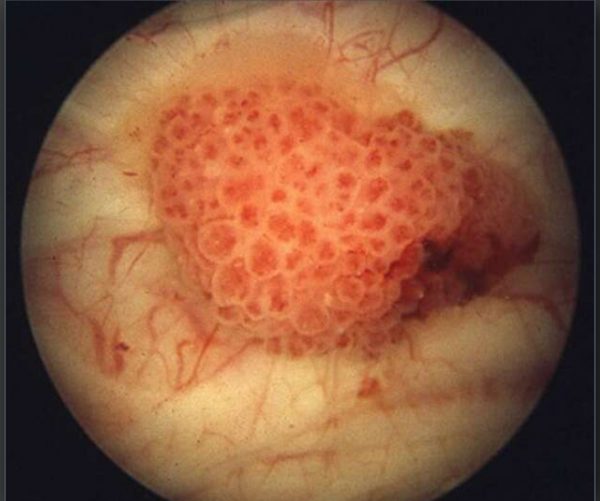 A simple cold virus could wipe out tumours in a form of bladder cancer, a small new study suggests.

Though the idea of using viruses to fight cancer isn’t new, this is the first time a cold virus effectively treated an early-stage form of bladder cancer. In one patient, it eliminated a cancerous tumour, the group reported July 4 in the journal Clinical Cancer Research.

A group of researchers conducted an early-stage clinical trial in which they infected 15 bladder cancer patients with coxsackievirus A21, which is one of the viruses that cause the common cold. Coxsackievirus is not a genetically modified virus; it’s “something that occurs in nature,” said senior author Hardev Pandha, a professor of medical oncology at the University of Surrey in England. [Exercise May Reduce the Risk of These 13 Cancers]

The researchers gave the patients the virus through catheters that the patients already had inserted for other treatments. They left the virus-filled catheter in for an hour to pump the fluids into the bladder and repeated this treatment. Then, the patients underwent surgery to remove what was left of their bladder tumors.

In one patient, the virus completely destroyed the tumour. In all of the other patients, the researchers found evidence that the virus had damaged the tumors and had spurred the immune system to send an army of immune cells to the tumors. None of the patients had any significant side effects, Pandha said.

Researchers thought this method would work because the outer membranes of cancerous bladder cells contain a gateway for the coxsackievirus: a molecule called ICAM-1. Because healthy cells don’t carry this molecule, the coxsackievirus doesn’t attack them. Once the virus gets into the cell, it hijacks the cell’s machinery and ends up killing it. Even more cancer cells die when the immune cells are recruited.

ICAM-1 is also expressed by other cancer cells, and coxsackievirus has, in fact been previously shown to be effective in treating very advanced bladder cancer and other cancers, such as melanoma, Pandha said.

Even so, this is still an early-stage trial, and there’s still a long way to go before the method can be used in treatment, Pandha said. “This would be the foundation for much larger studies where we’d build on this,” he said. Newer studies will try to make the treatment more effective and stop the cancer from coming back, he added.

Unfortunately, just getting a common cold won’t treat the cancer on its own. Pandha’s team gave a much higher dose of the virus than you would get if someone coughed on you and you got sick, for example. Interestingly, the patients who were given the virus through the catheter did not get cold symptoms.