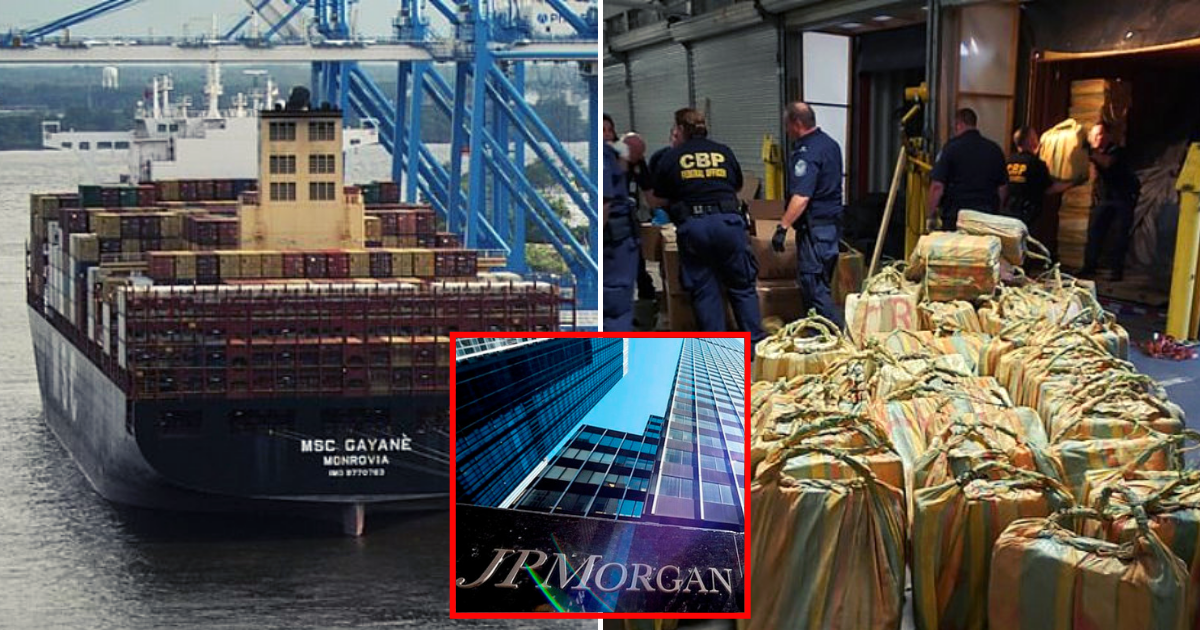 A cargo ship headed for northern Europe was seized in Philadelphia by U.S. law enforcement last month, apparently tipped off to the fact that the ship was carrying 20 tons of cocaine.

The ship involved is owned by JP Morgan and was bought by client money as part of a maritime investment strategy.

Setting aside jokes about wealthy investment bankers that would have preferred a few samples prior to the cocaine seizure, J.P. Morgan Chase does not actually have any operational control over the vessel.