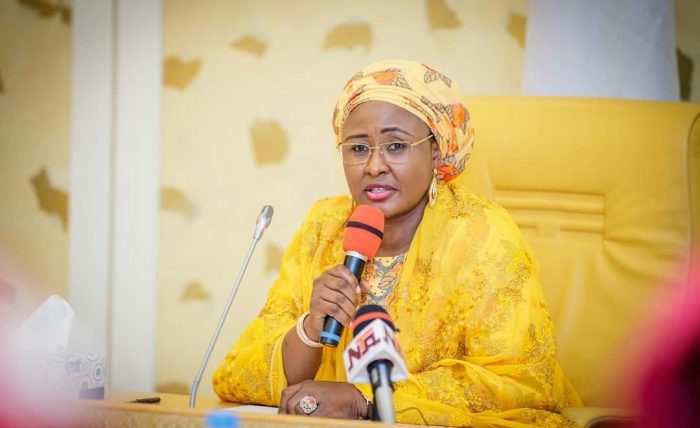 First Lady, Aisha Buhari, has expressed satisfaction with the determination of the Judiciary in handling with rape cases by ensuring that the victims get justice.

Mrs Buhari also applauded the steadfastness and diligence of the prosecution to ensure that the perpetrators of rape do not go unpunished.

According to her, punishing perpetrators of the act will serve as a deterrent to others.

Buhari was reacting to a video she shared on Friday through her Tweeter handle (@aishambuhari) showing a clergy who was convicted for raping a 14-year-old girl.

According to the Police Prosecution Counsel, Mr Simon Lough, in the video footage, said the convict was a pastor to whom the girl being his church member looked up to as a father.

Lough said, the court sentenced him to 12 years imprisonment.

Buhari recently stressed on the need for relevant stakeholders, especially the Police to get involved in tackling rape cases in the society.

She particularly called on the Inspector-General of Police and other stakeholders to ensure that stiffer penalties were meted on perpetrators of rape, especially on those who are fond of raping minors.