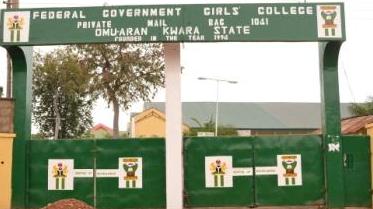 Dr Funmilayo Okeniyi, a Lecturer at Landmark University, on Saturday advised graduates of the Federal Government Girls College (FGGC), Omu-Aran, to avoid engaging in pre-marital sex in the course of their academic pursuit.

Okeniyi, a Lecturer in the Department of Animal Science, Faculty of Agriculture, Landmark University, who spoke on: “Dangers of Pre-Marital Sex’’, said the advice was to guide against unwanted pregnancy and infections.

She said such unwanted pregnancy and infections could be a stumbling block toward accomplishing their future academic agenda.

Okeniyi said the students are presently in their formative age, saying they must utilise the opportunity to develop themselves to become relevant globally.

She said the students needed utmost dedication and determination to achieve the desired academic success envisioned by their parents and guardians.

“You must be determined and focused and give your academic pursuit the needed attention devoid of any distraction including pre-marital sex.

“Your hope and spirit must be very high and with dedication and determination, you will surely reach the peak of your chosen career,’’ she said.

The don defined pre-marital sex as sexual activity practiced by people before they get married.

According to her, historically pre-marital sex was considered a moral issue which was a taboo in many cultures and considered a sin by a number of religions.

“However, since about the 1960s, it has become widely accepted in most countries as a result civilisation,’’ she said.

Others are effects of pre-marital sex on other relationship in a negative way as well as stigmatisation and insult after breakup.

The College’s Principal, Mrs Oluwatoyin Kolawole, in her address, enumerated her achievements to include improvement in students’ meals in terms of quality and quantity.

She said this also included renovation of hostels and block of classrooms, provision of security gadgets as well as purchase and installation of water pumping machine, among others.

Alhaji Ayinla Wahab, the Representative of the Federal Ministry of Education, in his remarks, pledged the government’s continued support in achieving the desired academic excellence in the college.

No fewer than 172 students graduated at the college for the 2018/2019 academic sessions, while those who excelled in their various subjects were awarded gifts for their efforts at the event.