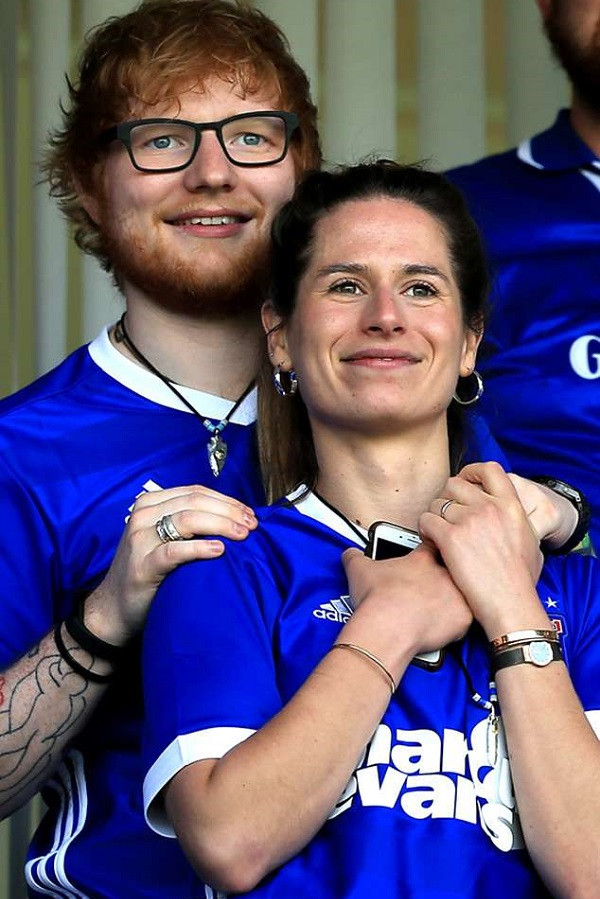 ”I don’t care” singer Ed Sheeran, who reportedly tied the knot with his long-term girlfriend, Cherry Seaborn in December at their home in Suffolk, England, in front of 40 friends and family members has now confirmed they are married.

The English singer revealed Cherry is his wife On Friday, in a new interview on YouTube with Charlamagne The God to promote his new album ‘No.6 Collaborations Project.’

When Charlamagne Tha God asked about his more personal lyrics on “Remember the Name,” featuring Eminem and 50 Cent, Sheeran referenced the verse that says, ”Watch how the lyrics in the songs might get twisted / My wife wears red, but looks better without the lipstick.”

“It was actually before me and Cherry got married and I knew that we’d be married by the point that the song came out,” said Sheeran, 28. “[I thought] Someone’s gonna hear that and be like, ‘Oh, they’re married!’ I didn’t know how that would be construed, but obviously it’s already come out.”

Sheeran also referenced the nuptials when discussing the lead single from the record, “I Don’t Care” featuring Justin Bieber.

He added, “It was actually Cherry’s idea, because she was like, ‘Oh, why don’t you get Bieber? Like, he’d be perfect for this … it just fits.’”