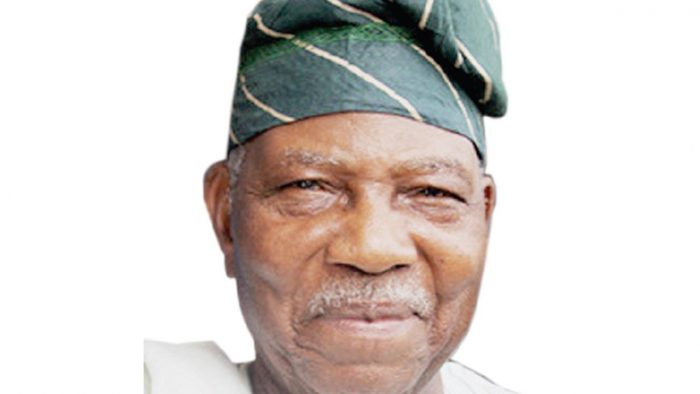 The Deputy Governor of Ondo State, Agboola Ajayi, on Friday night led a government delegation to the residence of the leader of the pan-Yoruba socio-cultural organisation, Afenifere, Pa Reuben Fasoranti, in Akure.

The delegation was on a condolence visit to the elder statesman whose daughter was killed by gunmen at Ore junction in Ondo State.

Ajayi was accompanied by the Secretary to the State Government, Ifedayo Abegunde, and the Chief of Staff to the Governor, Olugbenga Ale.

The deputy governor, while commisserating with the Afenifere leader, said the state government received the news of the death with shock.

While vowing that the perpetrators of the evil act would be brought to book, Ajayi disclosed that Gov. Oluwarotimi Akeredolu, had cut short his trip outside the state to return home.

The 58-year-old victim was heading to Ore Junction from Akure when she and others were attacked.

The deceased was the second child of the 94-year-old Fasoranti who also lost a daughter some years ago.