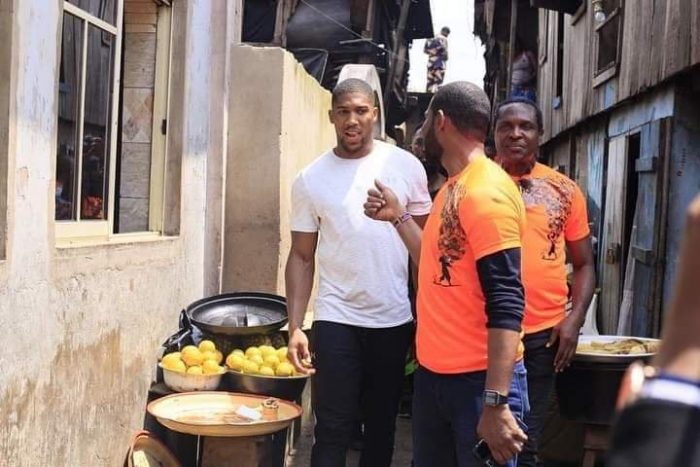 Joshua, who arrives Lagos on Thursday was hailed by all, but this time around, he took his adventure far into the Makoko slum where the ‘bad eggs’ mostly existed in Lagos.

Joshua was led by his Nigerian host to Makoko where he saw the downtrodden and filth of Lagos, an unplanned settlement inhabited by the less privileged.