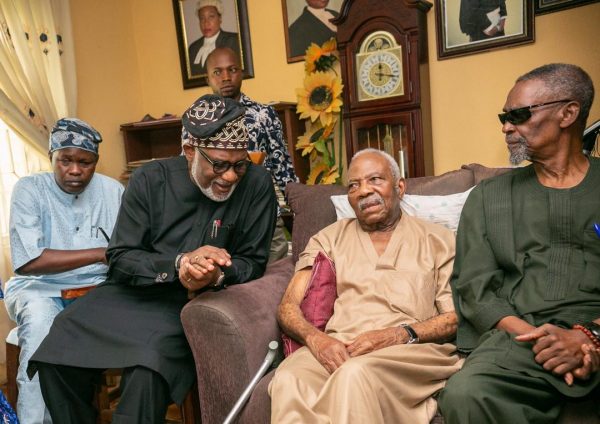 Governor Rotimi Akeredolu has paid a condolence visit in Akure to Afenifere leader, Pa Reuben Fasoranti over the murder on Friday of his daughter, Mrs Funke Olakunrin.

Olakunrin was killed by kidnappers during an ambush on the Ore-Benin highway, in broad day. The kidnappers also took away some persons from the scene.

“We have deployed all security apparatus to bring the perpetrators to book and to also bring back the abducted safe and sound”, he said.

He also thanked the police for taking swift action to rescue some of the abductees.

He said his state will continue to support the Nigerian Police Force “with all resources at the State’s disposal to curb the menace of kidnappings and killings in and around our dear State”.