Timi Dakolo speaks on Anthony Joshua after meeting him 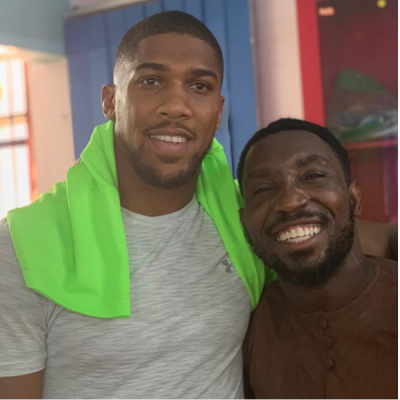 Dakolo took a photograph with Joshua, probably at a gym in Lagos.

Dakolo took to his Instagram page to express his happiness at meeting with Joshua in Lagos.

He described Joshua as the nicest guy he had met and added that his boxing career was looking brighter.

“MET THE CHAMP THIS MORNING @anthony_joshua .NICEST GUY. SO YOU SEE MY BOXING CAREER IS LOOKING BRIGHTER,” he said.

Joshua had arrived Nigeria Thursday for a visit.

A video posted by Janet Joshua showed the champion being hailed by Nigerians at the Murtala Muhammed International Airport Lagos.