What golf means to the military - GOC 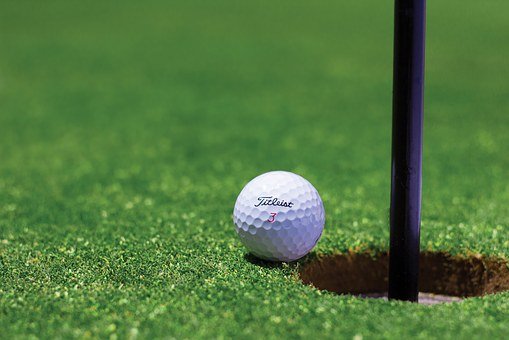 A top military officer, Maj. Gen. Nuhu Angbazo, who is the General Officer Commanding (GOC) 3 Division Nigerian Army, Rukuba, near Jos, has revealed the reason golf sport is most common among personnel of the force.

According to him, golf is not just a sport but part of military training.

Angbazo stated this on Saturday at the tee-off of a special golf kitty organised by the Division at Rhino Golf Course, Rukuba, as part of activities marking the 2019 Army Day celebration.

“Golf has to do with a lot of mental work, it is not just about hitting the ball as many people erroneously assume.

“It is very much part of our military training because It helps officers and indeed the soldiers to be able to think, and think even outside the box.

“A lot of people think that it is a very simple game but it is very very technical,” he said.

The GOC said that there was an aspect of military training that has to do with equitation which could be likened to golf.

According to him, the kitty was organised to enable the officers and soldiers to benefit from gains derivable from the game of golf.

He said that the golf course which was established and commissioned in 1993 by Gen. Ibrahim Babangida was remodeled and renovated with the approval of the Chief of Army Staff.

Angbazo stated that the course was established to ensure the training of officers and the civil society to help them to mix together and exercise themselves.

“It is in the light of this that the officers thought that there was need to revive this course.

“The Chief of Army Staff in his magnanimity provided for us to remodel and renovate the club house.

“We are looking forward to his coming in the next two weeks to commission the remodeled and renovated club house,” he said.

He said that the kitty was to enable the officers to relate with the civil populace in the spirit of the Army Day celebrations.

The News Agency of Nigeria (NAN) reported that retired Maj. Gen. Olayinka Oshinowo, who is the Captain of the Rhino Golf Club, said that it was the first time that a kitty would be organised on the course to mark the army day celebration.

Oshinowo said that the participants for the special kitty came from different parts of the country, adding that the professional golfers would be marshalling while the amateurs would be playing.