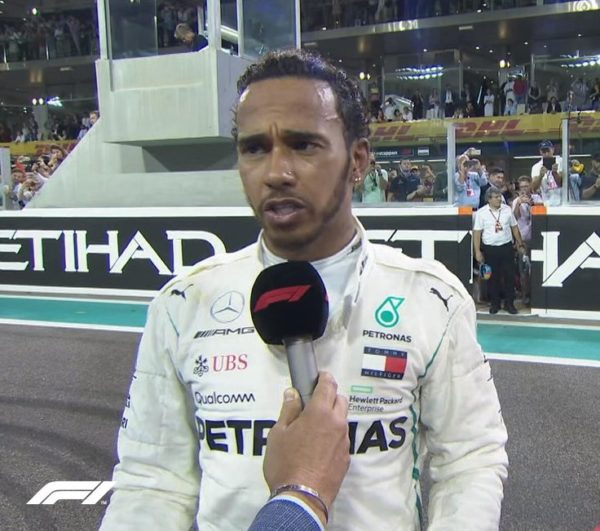 Lewis Hamilton found himself having to defend his British identity and sense of patriotism Saturday during a news conference at his home British Grand Prix.

The defending five-time world champion and current series leader, who is the most successful British racing driver of all time, was told by a reporter that, because he lived in Monaco and did not have an English accent, people questioned his ‘Britishness’.

The reporter said: “You’ve talked about loving coming back to the UK, but there’s contention because you live in Monaco and your accent isn’t maybe as British as others because you spend a lot of time in the US.

“So why do you think that people question your Britishness?”

After saying he did not have a good answer and did not really know, Hamilton responded by saying: “This is where my heart is – I am fully British.

“I guess over time I will do more positive things for the country. I go to these races and I lift the British flag proudly. There is no-one else in this sport that has raised it so high.”

During the exchange, Hamilton’s team-mate Valtteri Bottas intervened and said: “We all live in Monaco.”

This prompted Hamilton to add: “We all do live in Monaco.”

He said he recalled growing up watching fellow-Briton and former McLaren team-mate Jenson Button, the 2009 champion, “and all the youngsters coming through and everyone migrated to Monaco and no-one ever said anything about it.

“Of course, when I did, they had something to say about it….”

Hamilton remained polite and restrained and did not mention many previous British motor-racing champions, including Jackie Stewart, Nigel Mansell and Damon Hill, who also moved to live as ‘tax exiles’ in Switzerland, the Isle of Man and Ireland respectively.

Nor did he refer to other sports personalities who are Monaco residents.