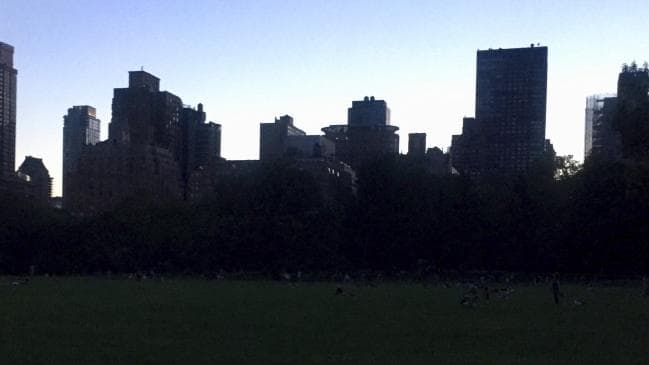 Power supply has restored to the New York City after a massive blackout which started Saturday evening hit Midtown Manhattan and the Upper West Side of the city.

More than 45,000 people were said to have been affected by the outage which saw the screens at Times Square go black and left cinema-goers sitting in pitch-black movie theatres, according to U.S. media reports.

“We are responding to extensive outages on the West Side of Manhattan,” a spokesman for energy supplier Con Edison tweeted.

“Power was restored to remaining customers,” the mayor tweeted around midnight. “I want to thank all of our first responders, the men and women of the NYPD, FDNY and @NYCEmergencyMgt for their hard work tonight — and every New Yorker for responding to the black out with that trademark NYC grit and toughness.

During the blackout, elevators were stuck and traffic lights were out while some subway stations were closed, local media reported.

Some artists gave impromptu performances on the pavement outside theatres.

A concert at Carnegie Hall resumed in front of the building once the audience had reassembled outside.

While many stores closed early, lots of bars and restaurants stayed open. Some of the electronic billboards on Times Square went dark.

There were no reports of people injured and no reported arrests.

De Blasio earlier said the power outage appeared to be the result of a mechanical problem in the electrical grid.

“This appears to be something that just went wrong in the way that they transmit power from one part of the city to another,” the mayor told CNN. “It sounds like it is addressable in a reasonable amount of time.”

The mayor was campaigning in Iowa and was due to return to New York late Saturday, his campaign press secretary told the U.S. broadcaster.

Firefighters were responding to numerous transformer fires as well as people trapped in elevators and subway cars, a Fire Department spokesman told CNN.