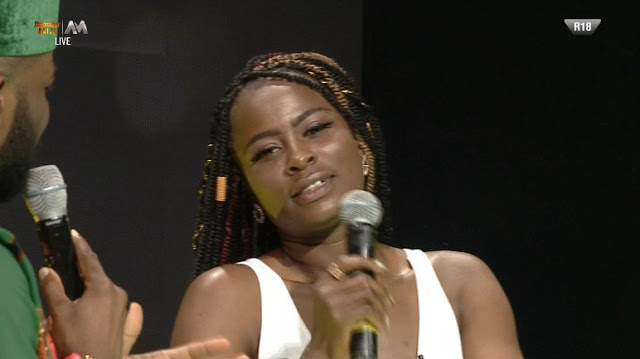 They were the third and fourth housemates to be shut out.

Ella was the first to be evicted on Sunday, thus ending her journey in the BBnaija house. She was followed by Kim Oprah.

Before she was sent home, Ella gave some parting words to her traducers in the house.

“I don’t give a damn actually!” says Ella in response to all the negative things that fellow Housemates had to say about her.

Ella and Kim Oprah’s eviction came after Avala and Isilomo were evicted out of the house after only staying there for one week.

Sunday’s was the 2nd eviction in the Big Brother Naija Pepper Dem edition which began June 30.

There were 21 housemates at the beginning.The eviction will continue in the next 11 weeks when the show will come to an end.