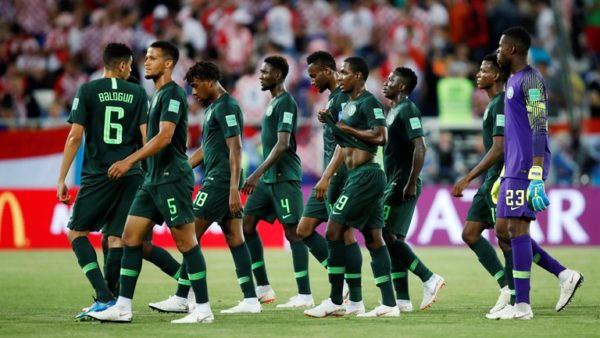 Some sports analysts on Monday said that the Super Eagles of Nigeria lost 2-1 to a better side in the Algerian national team during the AFCON 2019 semi-final game on Sunday.

China Acheru, a sport analyst in Port Harcourt said that the Algerian team was technically superior.

“I think we lost to a better side because it was obvious that from the start, the Algerians were better.

“What the Super Eagles displayed is basically what they have been doing since the tournament started.

” There was no build-up from the back and they just kept passing the ball amongst themselves,’’ he said.

He said the Super Eagles playing in the semi-final was an ” over-achievement considering their unimpressive start from the beginning of the tournament.”

“I think the Eagles over-achieved because by the time we watched the first two games, I’m not sure anybody believed that Nigeria will be in the semi-final.

“But for me, I was even more disappointed with the game we played against Algeria and nobody should be happy with the output.

“We are supposed to beat Algeria, we beat them home and away during the World Cup qualifiers two years ago, but that is football, it’s a game of chance,’’ he said.

Acheru, who is the Media Officer of Go Round Football Club, said that the goals Nigeria conceded were as a result of the technical lapses of William Ekong and the goalkeeper.

“Technically, the first goal was an own goal and the second was caused by a foul at a wrong spot with the goalkeeper badly positioned when the free kick was taken.

“Tactically, Gernot Rohr also faltered because his tactics on the day did not work; so, it was both technical and tactical lapses that caused our loss.

“The issue now is whether Rohr should stay, I leave that to the Nigeria Football Federation to handle,’’ he said.

Mike Mbonye, a former Director of NAN and sports enthusiast, said that the Super Eagles tried their best while the Algerians were better and deserved the victory.

Mbonye advised the young players in the team not to be discouraged but to see the loss as a learning process for the tasks ahead.

“I believe it’s a learning process for the young players and they should appreciate the fact that the tasks ahead are very enormous.

“That Nigeria didn’t get to the final to win the Cup is not the end of the day for them, it’s a learning process for them.

“The preliminary for the 2022 World Cup and AFCON 2021 will start this year, so they need to keep the dream alive,’’ he said.

Mbonye urged the Super Eagles handler to show gratitude to the older players that could no longer make the national team and replace them with young players.

He also advised the NFF not to sack Rohr in order to avoid building a new team with another technical adviser.