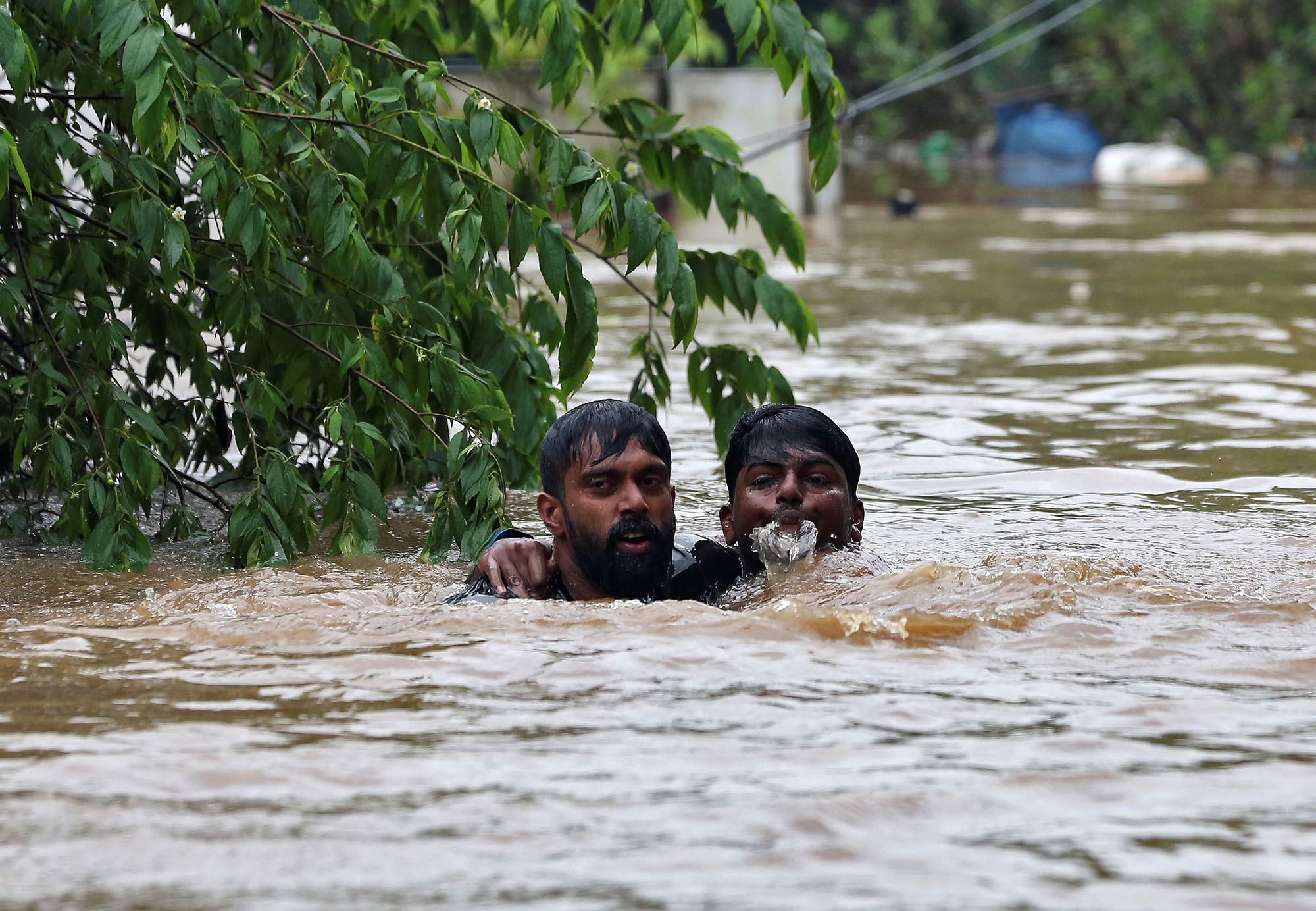 A man rescues a drowning man from a flooded area after the opening of Idamalayr, Cheruthoni and Mullaperiyar dam shutters following heavy rains, on the outskirts of Kochi, India August 16, 2018. REUTERS/Sivaram V TPX IMAGES OF THE DAY - RC1B3B3991D0

Officials on Monday said that monsoon floods in India’s northern and eastern states have worsened, affecting about 4.5 million residents and leaving thousands homeless.

According to the officials, 51 people have been killed in rain-related accidents across seven Indian states since Wednesday.

The police said that in the latest incident, a building collapsed during rains in the northern state of Himachal Pradesh on Sunday killing six soldiers and two civilians.

The Assam state has the worst flood situation which affected 2.6 million people and claimed 11 lives across 28 districts.

The officials said about 17,000 people have been forced to take refuge in 327 government-run relief camps.

Adding that 23 people died in the northern Uttar Pradesh and Bihar states, which share borders with Nepal.

Some 1.9 million people have been affected by the floods in Bihar, state officials said.

A local media also reported that nine rain-related deaths have been reported in the north-eastern region surrounding Assam.

There seems to be no immediate respite to the misery with the weather department predicting more rains in the north-eastern region.

India’s monsoon season between June and September often sees heavy rains that are vital for agriculture but can cause immense destruction.