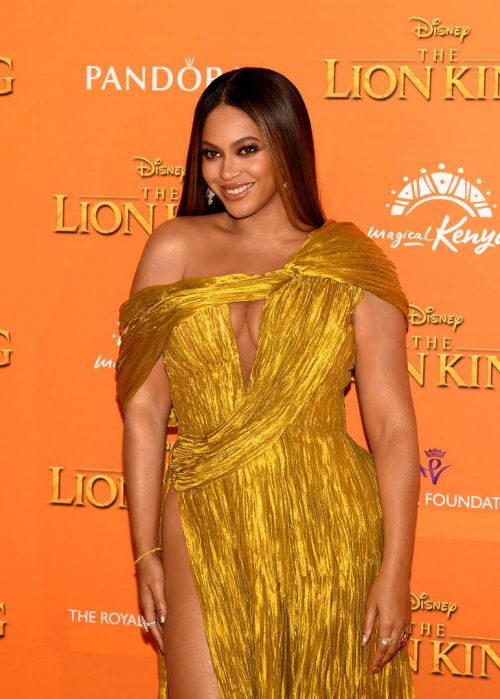 Beyoncé says she is sending a love note to Africa in her new album Lion King, The Gift set for release 19 July.

THE album which is executive-produced by her, is not to be confused with the soundtrack for the remake of the epic film, The Lion King.

It is separate from the soundtrack to The Lion King, though the Beyoncé song Spirit appears on both.

The singer voices the character Nala in the new 3D-animated version of the 1994 Disney classic.

When she first announced the project last week, Beyoncé said: “Each song was written to reflect the film’s storytelling that gives the listener a chance to imagine their own imagery, while listening to a new contemporary interpretation.”

She added: “It was important that the music was not only performed by the most interesting and talented artists but also produced by the best African producers. Authenticity and heart were important to me.”

It will be released July 19 via Parkwood Entertainment/Columbia Records.

The remake of The Lion King itself will hit theatres July 18.

The album features many African artistes from Nigeria, among whom are Wizkid, Tekno, Yemi Alade, Mr Eazi, Burna Boy and Tiwa Savage. Also on the tracklist is Ghanaian Shatta Wale. There are also South African singers Busiswa and Moonchild Sanelly.

Her song “Spirit,” from the film’s soundtrack, debuted at No. 1 on Billboard’s Kid Digital Song Sales Chart following the single’s release last week.

The Lion King The Gift Tracklist: