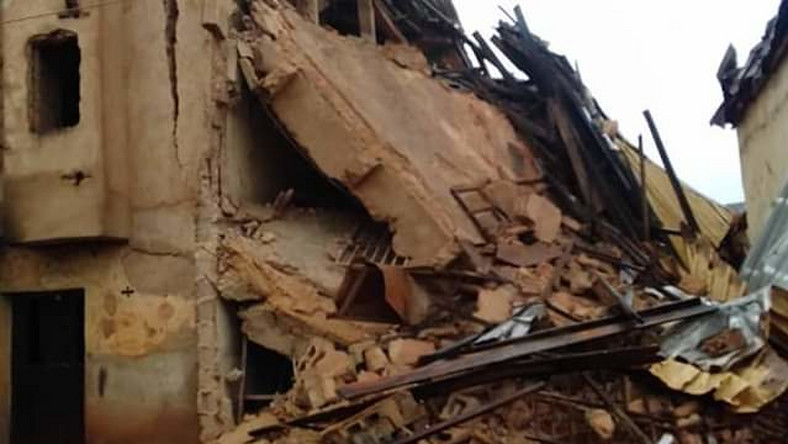 Seven persons have been confirmed dead while several were injured in the three-storey building that collapsed along Seriki road in Dilimi community of Jos North Local Government Area of Plateau State, according to the Plateau Police Command.

The building said to be owned by a popular herbal doctor, Alhaji Rufai Kabiru, collapsed on Monday evening at about 4pm.

News Agency of Nigeria (NAN) reports that Terna Tyopev, the Police Public Relations Officer (PPRO) of the Command, who confirmed the incident did not say what caused the collapse of the building.

Mr Tyopev, a deputy superintendent of police, said, “This evening, at about 5 p.m. we received a distress call that a two-storey building located at Butcher Line in Jos North has collapsed.”

“A search and rescue team was immediately mobilised to the scene (of the building collapse).

The PPRO said the injured were currently receiving treatment at the Plateau Specialist Hospital and Bingham University Teaching Hospital, respectively.

He said search and rescue operation was still ongoing at the scene, adding that security personnel had cordoned off the vicinity.

Meanwhile, Kefas Yilrwang, the acting managing director of the Jos Metropolitan Development Board (JMDB), lamented on Monday that lack of equipment hampered the ongoing operation to rescue people from the building collapse.