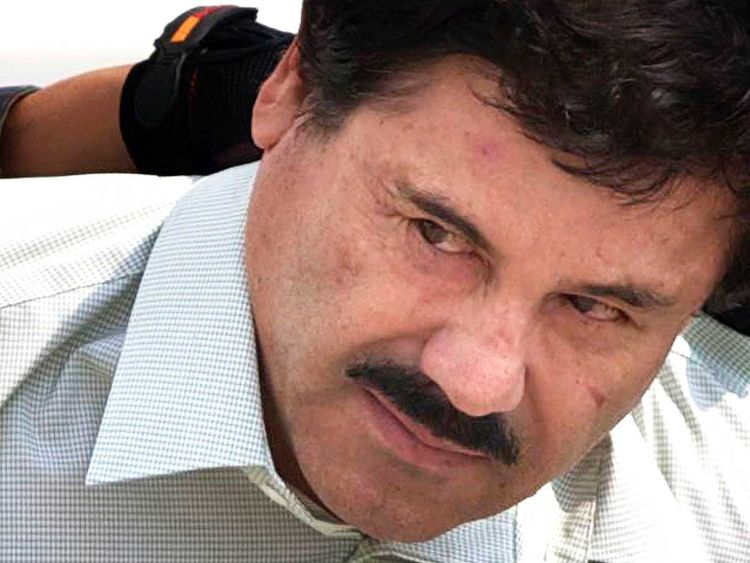 A US court has sentenced Mexican drug lord Joaquin “El Chapo” Guzman to life in prison plus 30 years and was ordered to pay $12.6 billion in forfeiture on Wednesday.

Guzmán, 62, was found guilty of 10 charges, including drug trafficking and money laundering, by a federal court in New York in February.

He escaped a Mexican jail through a tunnel in 2015, but was later re-arrested and extradited to the US in 2017.

“El Chapo” (or “Shorty”) ran the cartel in northern Mexico. He is a former head of the Sinaloa cartel, which was the biggest supplier of drugs to the US.

Guzmán is the highest-profile Mexican drug cartel boss so far to stand trial in the US.

Guzman said he had received an unfair trial, accusing jurors of misconduct.

The life sentence was the minimum Guzmán faced. The additional 30 years were for unlawful uses of firearms.

Guzman, wearing a gray suit and dark tie, spoke for about 10 minutes in court before the sentence was handed down and called out issues with the jury.

“There was no justice here,” he said in Spanish, referring to a report that one juror had spoken about misconduct by some other jurors.
El Chapo, who infamously escaped prison twice in Mexico, also slammed the conditions of his incarceration in New York.
“It’s been torture, the most inhumane situation I have lived in my entire life,” he said. “It has been physical, emotional and mental torture.”

Guzman, who has been in isolation for two and a half years, is expected to serve out his sentence in the nation’s most secure federal prison in Florence, Colorado.

“He’s going to Supermax, I’m sure, in Colorado,” defense attorney Jeffrey Lichtman told CNN’s “New Day” the day after Guzman was convicted. “No one has ever escaped. It’s absolutely impossible. It’s not even an issue.”

It was not immediately clear if Guzmán would appeal against the verdict.

In 2009, Guzmán entered Forbes’ list of the world’s richest men at number 701, with an estimated worth of $1bn.

He was accused of helping bring hundreds of tonnes of cocaine into the US and of conspiring to make and distribute heroin, methamphetamine and marijuana.

He was also said to have used hitmen to carry out hundreds of murders, assaults, kidnappings and acts of torture.

Key associates, including one former lieutenant, testified against Guzmán.

Former bodyguard Isaias Valdez Rios said Guzmán beat two people who had joined a rival cartel until they were “completely like rag dolls”.

He then shot them in the head and ordered their bodies be thrown on a fire.

In another incident, he had a member of the rival Arellano Felix cartel burned and imprisoned before taking him to a graveyard, shooting him and having him buried alive.

Guzmán is also alleged to have had his own cousin killed for lying about being out of town, and ordered a hit on the brother of another cartel leader because he did not shake his hand.

The court heard details of his 2015 escape from Mexico’s maximum-security Altiplano prison. His sons bought a property near the prison and a GPS watch smuggled into the prison gave diggers his exact location.

At one point Guzmán complained that he could hear the digging from his cell. He escaped by riding a specially adapted small motorcycle through the tunnel.

He also used software on his phone to spy on his wife and mistresses, which allowed the FBI to present his text messages in court.

In one set of texts, he recounted to his wife how he had fled a villa during a raid by US and Mexican officials, before asking her to bring him new clothes, shoes and black moustache dye.

The drug war in Mexico – pitting the Mexican and US authorities against cartels smuggling drugs into the US and the cartels against each other – has killed about 100,000 people over more than a decade.